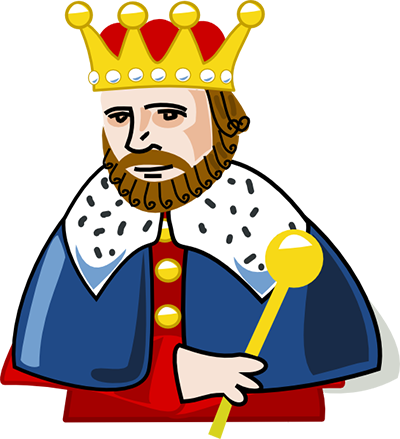 “The Invincible Gladius” is one of the outstanding stories of the second biannual Short Story Contest 2016 written by Krishiv Sharma, India.

Badrish was the kingdom of king Badrawali. It was a kingdom where there was no peace. Badrawali wanted to be powerful so that he could rule the world. He had a fort that was difficult to capture. Badrish never liked to surrender to any other kingdom.

Tasklla was a kingdom of good. It was a kingdom where there was peace, had less taxes and the king was kind. There was no fighting and no injustice. Everybody loved each other because they were happy to have such good friends. The name of Tasklla's king was Achhasen.

Badrish made plans to attack Tasklla. The king of Badrish, Badravali said, "First the archers should be sent for the war and then the soldiers.” The commander added that their king must be hidden so that when the king of Tasklla comes ahead, Badravali can kill the king with his sword. Therefore, they created a map to plan their attack.

The king of Badrish said, "We should kill everyone from Tasklla.” However, the commander in chief suggested, "First we must destroy their food grains," and the king agreed.

The archers from the watchtowers of Tasklla destroyed 84 of the opposing archers.

Then came the soldiers of Badrish, but soon 894 of them died taking down 1002 soldiers of Tasklla.

The four main watchtowers of Tasklla fell and crushed 300 soldiers. Then the commander of Tasklla got shot on his neck and was therefore killed. Soon after that, one of the brothers of Badravali was killed.

Badravali was furious and both the kings put up a valiant fight. 862 more soldiers from Tasklla and 700 from Badrish were then killed. Both the kings, Badravali and Achhasen, were badly wounded.

It was a close fight but Badravali eventually killed the king of Tasklla and about 1000 of his soldiers ran away after the death of their king.

Only the king’s son, Adarshsen, was left. Adarshsen began practicing what a king needed to know. He rebuilt everything in Takslla. Adarshsen was kind to others and was intelligent. He told workers to rebuild watchtowers and select some great people to become watch archers. The 1000 soldiers who ran away in the battle joined him.

Adarshsen learnt to fight, ride, and how to plan and control an army. When he was 18 years, he started training how to scout an enemy, and how to win a battle. He mastered all of this with ease as his father had trained him with the best teachers earlier.

Adarshen was soon made the king of Takslla as he could impress the princess, prove his riding skills and demonstrate his planning skills. He even passed the test of finding 16 pots of gold, which had been hidden away. He impressed everyone by giving away the gold to the needy and the poor. At last he murdered 1005 soldiers of Badrish, and then was made the Worthy king of Tasklla.

Then Adarshen decided to take on Badrish, and defeat Badrawali who had killed his father.

Will he win this epic battle? Only time will say.