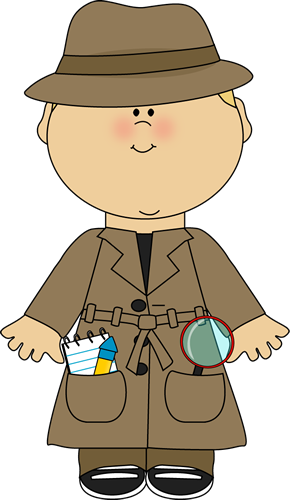 “The Great Mystery” is one of the outstanding stories of the second biannual Short Story Contest 2016 written by Devi Sreekanth Pillai, The Kingdom of Bahrain.

Ram was having a dream-come-true moment that night. But no one, not even Ram himself, knew what was in store for him!

Ram, a little boy, had wanted to be a detective since childhood. He used to play with his friends and used to act as if he was a detective. He loved to watch ‘Sherlock Holmes’ series. He had a collection of detective cinemas. His mother used to buy him many detective story books too.

One night, while he was sleeping, he heard a noise, THUD! Ram screamed, “What is that?”

He got up from his bed and wondered if it was part of a dream. He drank a little water and wandered around the house looking for the origin of the noise. When he passed by the room where the locker with money had been kept, he saw the silhouette of a man standing with a torch in his hand. He thought it was his father, but subconsciously wondered why he had a sack in his hand.

Anyway, since he was very sleepy, he left the matter at that, and went to sleep.

The next morning, Ram woke up hearing someone crying. He was shocked to see that it was his father sobbing and his mother consoling him. Ram asked his father, “What is the matter? Why are you cry-ing?”

“But father, yesterday night, weren’t you guarding the locker?” Asked Ram. “And father why were you carrying a sack while you were guarding?” Asked Ram once again.

His father was shocked to hear that. He said, “Yesterday night I didn’t guard the locker room.”

“Then who was guarding the locker room or... was I dreaming?” Asked Ram.

“It maybe the thief.” Said his mother.

His father asked, “Did you at least see the thief’s face partially?” Ram nodded his head to say yes.

“So now you are the prime eye witness!” Rejoiced his father. “Today I will be taking you to the police station so that you can describe how the man looks and one of the sketch artists will draw according to the description.”

That day they went to the police station. Ram described how the thief looked like, to sketch artist. When the sketch artist was done with his work, he took it to the inspector. He said that this criminal had been sent to jail before too for robbing others’ houses. So the inspector announced, “Whoever helps in finding the criminal would be handsomely rewarded by the government”. And he warned them that they had to be on their guard if they saw that criminal again.

One day, Ram was playing with his friends at the nearby park. Suddenly he was disturbed by the pres-ence of a man loitering around the houses. His face was partially covered. As the man turned to go, a gust of wind removed the towel covering his face, and Ram recognized the face. It was the criminal.

He hid himself and followed the criminal like a cat stalking its prey.

Needless to say, Ram was instrumental in catching the notorious thief. He played detective in real life!