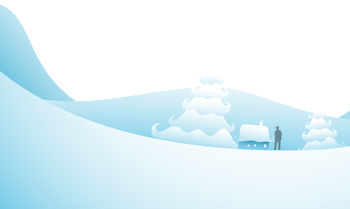 “The Frost upon Earth” is one of the outstanding stories of the second biannual Short Story Contest 2016 written by Camille Elizabeth Eusebio Borja, USA.

The Frost upon Earth

Once upon a time, millions of years ago, frost from space invaded Earth. In order to stay safe, everyone hid inside bunkers all over the world.

The first place the frost struck was the United States of America. They thought it was not going to spread, but they were wrong.

Soon the frost spread onto his shoe, and then in just five seconds the frost was all over him!

Next, a scientist went outside. He brought a bucket of hot cocoa. He poured the hot cocoa all over the ground. The frost melted and left drops of sparkles. The scientist’s name was Albert Einstein.

Einstein used tweezers to pick up the sparkles. He put it inside a plastic bag. Because he was a special scientist, he showed the sparkles to the President. The president was Abraham Lincoln.

President Abe told Albert Einstein to research this specimen. So he went to his lab. When he looked at the sparkles in a microscope, he saw the sparkles move.

He zoomed in even closer and saw a creature inside the sparkles. Einstein kept this a secret. However, he already had a secret: he was the one who put the frost in space in 1798.

Why did he put the frost in space in the first place -?

Because he was the Alien King!

Einstein wanted to seek revenge on humans because they took the planet his colony was going to claim after their planet was destroyed by a fiery asteroid.

In that moment, he mutated into his natural alien form.

President Abe went to Einstein’s lab to check if there were any new developments, but instead he saw him transform. Abe was shocked!

“Al, how could you!” Abe said in disbelief.

“I have to do this for my kind,” exclaimed the now Alien King.

The Alien King took out a paper clip and threw it to Abe. In that same moment, he realized he had thrown the wrong paper clip. By the time the Alien King tried getting the right one, it was too late.

Abe noticed a button on it and pressed it. Suddenly a secret hatch opened and inside the hidden compartment was hot cocoa.

Instantly every inch of the frost surrounding the lab disappeared…and on and on with the sparkles being free of any creatures.

The Alien King knew this meant the end of his plan, so he took the last eggs of his kind and beamed towards his spacecraft that was also stored in the lab.

The Alien King boarded his ship and in a flash, he flew away. Never to be seen again.

But where was the real Albert Einstein? (Inside his real lab taking a month off!)