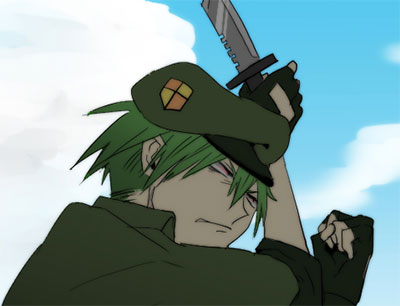 “The Forbidden Forest” is one of the outstanding stories of the second biannual Short Story Contest 2016 written by Kelly Fong Jia Qi, Brunei Darussalam.

I hacked at the blackberry vines blocking my way with Aramis, my black obsidian sword. I felt the tremble and shake of the ground beneath me and from the sound of twigs and branches snapping, I could tell that the chaos-ridden wolves were approaching. Outrunning them was an impossible task, and the only way to make it out of here alive was to defeat them. But it was 1 against 50, and the odds of me winning were none.

This was a grave mistake. I should have never step foot in the Forest of Aqilia. I sheathed my sword and kept running, changing direction every now and then, hoping that they would lose track of my scent. I turned right once again and landed myself in a dead end. I tried to turn back, praying that the chaos-ridden elementals weren’t here yet, but unfortunately, I came face to face with them. I unsheathed Aramis and held it up so they could see it. “Stay back!” I ordered, hoping that the sight of the deadly sword would frighten them. In response, they snarled and bared their pointy fangs at me. My heart was hammering in my chest. I gulped as they neared me.

Just as I was about to give up hope, two dark shadowy figures landed on both sides of me; a girl and a boy who both looked about my age. The boy had electric blue eyes and tousled brown hair while the girl had hazel orb like eyes and blonde pigtails. They both immediately launched into attack as the girl shot orbs of fire directed at the wolves from her palms and the boy casted spells with his silver wand. “What do you think you’re doing? Stop staring and help us!” They shouted simultaneously. Amongst the confusion, I had dropped my sword and it clattered to the ground. I bent down to retrieve it and then proceeded to jab a nearby elemental in the abdomen with it. It howled in agony and fell to the ground before dissipating into gold flakes. I stabbed and swung with all my might, but the more elementals we killed, the more summoned.

They started coming in from all directions and the three of us stood back to back as we attempted to fend off as many wolves as we could. While I was trying to recuperate Aramis which was lodged in the eye socket of an injured wolf, another lurched forward and tackled me, catching me off-guard. By the time it was dead, my shirt was shredded to pieces and there was a slash on my right shoulder, accompanied by a few cuts and grazes. What a perfectly good waste of a brand new shirt. I winced as the excruciating pain struck me and I dropped to my knees, clutching my shoulder in pain. I staggered to my feet and continued fighting with my left hand, ignoring the ache in my shoulder. We had gone this far and there was no backing down now. Despite the soreness, I had even managed to decapitate a few of the grotesque creatures.

Suddenly, a burst of energy came out of nowhere, blinding all of us temporarily. By the time we regained our sight, all the wolves were lying dead on the ground. I watched them, intrigued as they slowly transformed into golden glitter that glistened and shone as it lit up the forest. The hard-fought battle was finally won. We cheered and celebrated our victory after they bandaged my shoulder with a scrap of cloth. The blue-eyed boy extended a hand towards me, “I’m Jace,” he said. He then pointed at the girl and continued, “And that’s Chrissy.” She waved at me and flashed me a smile. I did the same and she asked, “What’s your name? You have some amazing combat skills. And your sword is so cool!” Before I got the chance to reply, I glanced upon an enormous dragon automaton heading our way. And then, I blacked out.