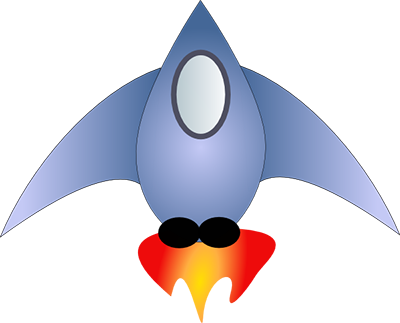 “The First Interaction” is one of the outstanding stories of the second biannual Short Story Contest 2016 written by Basundhara Paul, India.

That night was a glorious, awaiting the dawn of a new millennium, 8000 AD.

Fancy me, when all my surroundings were jocund with anticipation of the arrival of 8000 AD, lying on my bed pondering over my holiday project.

The project was to visit the nearest star, name it, and create a presentation on it. My contrivances were prepared:

There was only one enigma; which star? Thousands of them were scattered in the vast vacuum. Which one?

When I called Jenny, she advised me to leave alone the “FUMA”, her own target. Janet also was of no help, but I did not have the heart to spoil her spirit of thinking herself to be of great help by informing me how to make the star seem colored by galvanizing the rainbow shield around it.

All of a sudden, the sky turned overcast and it began to mizzle. My optimism to wrap up my project was invigorated.The first star to appear after the downpour was to be my goal. It turned out to be “PROFELLI.” She demoralized me at first by her size, but I was determined.

I strapped “SLD” on my wrist and positioned the Radar. “IS-Jordan” seemed astounded at my haste to reach her. He sarcastically appreciated my determination.We set off leaving the murky, earthen smelling Troposphere. Our jaunt ended up guzzling my whole vacation, but it was worth it.

My first sojourn was the nearest space halt. I turned on the “TURBO-SPEED-SPACE-TRAVEL” button. This made me feel like a travelling like a ray of light, although it took me twenty-two days to arrive at GOOLYTU HAPPY SPACE WAIT.

We rested there for 5 days. My only company was a humdrum space robot. While setting the time duration of my stay in it, I should have typed in different routines rather than adhering to the same mind-numbing routine for five consecutive days.

While exiting GOOLYTU, I did not even give the robot the time to rub off my routine. Jordan, though, was cross with me, he himself being an artificially intelligent robot. Once more, the TURBO SPEED button, and PROFELLI! We were so close to her, and, to my utter delight and astonishment, there were planets around her!

Hastily, I named all four of them, PAULJUMP, PAULCRY, PAULDANCE and PAULSMILE. Why do their names begin with PAUL? My name is Paul Herard,that’s why. One of them, PAULSMILE, resembled our Earth. Jordan ferried me there.

On touching the ground, I stood there, shocked and wonderstruck at a few buildings like those on our Earth. PROFELLI had life! Moments of glory and fame passed through my mind as I gaped at the people passing through the streets, laughing at my Spacesuit. ASSD helped me get out of humiliation.

There was some queer resemblance between our own earth and this planet. The inhabitants’ outfits were similar to those worn by us, just altered according to the clothing material offered by PAULSMILE.The edifice and configuration of the structures incongruously tallied with the earthly structures. My name was to be featured on the news tabloids and magazines as the first individual to drop a line to the aliens. My family would be so rapturous after knowing about my discovery!

On reaching home, my mother enfolded me in her arms with the warmest ambience of welcome. With butterflies prancing inside my stomach, I divulged the entire episode in one gasp. My camera was proof to my words.

One pleasant day, a few men holding some transcripts disembarked at our house and pleaded to have a tête-à-tête with me.They were from a scientific organization.They civilly alleged me of counterfeit and wanted me to take them to PROFELLI.

I could not refuse. So there we went on an expedition to PROFELLI once more. Their faces showed how frustrated they were with that humdrum robot. Even after catching a glimpse of the four planets around PROFELLI, they started talking to each other how dishonestly I had claimed fame. IS-Jordan gave them a good jolt.

That is how my vacation ended up, me getting a C+ in my project and honesty.