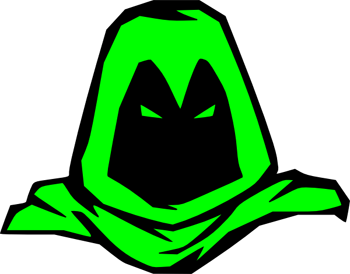 “The Deadly Ghost” is one of the outstanding stories of the second biannual Short Story Contest 2016 written by Eshan Sai Venkatesh, USA.

My name is Derek and I live near a very old building that has been left abandoned since 1983. It was rumored that many crimes were committed inside this very building, including murder.

People thought it was haunted. Many claimed that they had seen ghosts inside the building, specifically a yellow figure with a bowler hat and a mustache. Some said that it was not human, but an animal. No one knew for sure what the figure was. People also said that it spoke sentences backwards like “touyats” (stay out) and “tsolteg” (get lost). The people who entered the building usually died soon after, or never came out. Those who did come out alive told the rest of us to stay away. The authorities and police dismissed it saying, “This ghost idea is all just a hoax.”

“The deaths could have just been caused by the dangerously loose cross beams and wires, not a killing ghost,” stated the mayor.

People were relieved to hear this, but they were not sure whether the policemen actually lied about it. Nine months after the rumors first started, the police said,

“We are not sure what the cause of this is, but from what we know, the building is structurally sound. There were no loose wires found.”

What they did not tell us was that three men from the police department had died of unknown causes.

Sadly, two weeks ago, my friend Bert went inside the building.

The desire to go in had started a month ago. Bert had said,

“Hey Derek, I have been hearing lots of rumors about some kind of ghost creature inside the old building near your house. Why don’t we check it out?” Bert exclaimed.

“Sure, really a cool idea, especially when the papers have all been about a ghost murdering people,” I said sarcastically. However, I was curious too. And Bert’s daily suggestion was beginning to tempt me.

Fourteen months ago, the curiosity got us. We walked close to the dilapidated structure and looked through the filthy windows, trying to look inside. The creaking sound of the wind blowing through the old building was very creepy, and scared me.

Bert laughed, “Want to go inside?” I shook my head and before I could stop him, Bert opened the door and ran inside.

“Stop it Bert, we will die in that building,” I yelled.

“How do you know that?” asked Bert from inside the building.

“Well, what if it does kill us,” I replied but there was no response.

I waited at the entrance for ten minutes, praying Bert would stop fooling around and come out. Suddenly from the depths of the building, I heard a loud scream.

I ran as fast as I could to the nearby gas station and kept shouting, “Call the police, call the police,” but everyone ignored me at first.

Finally, the police came and went inside the building. All of them had gas masks on. They had an ambulance with them. I heard them running through the rooms. They came out carrying Bert.

Bert’s eyes were wide open with horror and his face had a horrible green tinge. I stood near him and helped him into the ambulance.

I wanted to go with him to the hospital, but something held me back. That green face is the last memory I have of him.

Soon after Bert’s death, the building was demolished. We all went to a memorial service for the deceased.

A year later, a new building was up on the same spot. It housed the senior center for the city. The garden surrounding it was beautiful and serene and I would go by every once in a while. Bert’s smiling face and jokes were always in my mind.

One day, as I sat near the large maple tree in the yard, I heard a “Pssst” sound. I turned, and saw the ghost of Bert, and then Bert’s ghost disappeared.