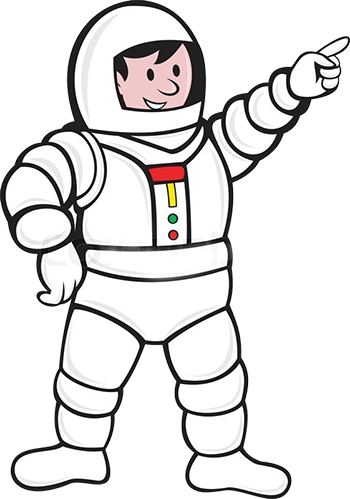 “The Curse” is one of the outstanding stories of the second biannual Short Story Contest 2016 written by Abram Matthew, Lahore, Pakistan.

Three days went by since Jack Brown popped off, leaving four of them stranded on a planet far from their homes with no way back. Their starship had crashed into a cliff on this extraterrestrial land. Their names were Adam, Mark, Mary, and Emily. They were from the Earth’s elite crew, in search for native life on this strange world.

The communications had broken down due to unforeseen circumstances. There was dense haze, and it was difficult to see through. Adam reached into his pocket, pulled out a map, and called to Mark, “Give me that guide robot.”

He slid his auto-card in the slot at the back of the droid and it came to life. He inserted the map into it. And the droid started leading the way. Mary switched on her flashlight, as it was getting dark. They followed silently into the deep woods.

They walked two hours until Mary exclaimed that she was tired and needed to rest. Mark took a small silicon chip from his pocket and placed it on soft loam and instantaneously it turned into a bungalow. He spoke a secret code “NEPO” and the door opened in a moment. They had dinner and slept the night in.

Light peered in through the windows as Adam seated himself alone on the couch. Emily walked in from her room. “Good Morning,” she said.

“What are you thinking?”

“Nothing, just about our mission,” answered Adam.

“You mean, about having to visit The Kruthlamaten for any signs of native life?”

“But, you know how afraid Jack was. And remember what he said about that place being cursed,” she said.

“Surely. He also suggested that the entire planet was under some curse. And whoever comes here shall perish.”

“Oh, he was our good friend and he died!” Emily exclaimed with sorrow. She started to weep.

Mark and Mary also woke and joined them. They had their breakfast and started getting ready. Today they were going to head for the “The Kruthlamaten”.

“Are you sure we should do this, I mean …” asked Mary.

“Here we go!” They exclaimed.

They kept proceeding into the woods with the single aspiration to discharging humanities greatest triumph. They had to find some sort of life small or large. One clue they had was that some ancient life dwelt in Kruthlamaten.

Abruptly, Mary let out a bellowing cry. “Help!” she cried. She was drowning in quicksand. The other three pulled her out in great haste. Her clothes were all wet and filthy. Adam proposed they should wait until her clothes dry, but she gave an emphatic ‘no’. Therefore, they moved on quietly.

In the late afternoon, the only sound was that of the wind through the thick woods. A slimy, viscous ooze was dripping from the trees, giving a foul odor. Mark looked through his binoculars and saw a magnificently built fortress not far from where they were. He leaped for joy, “Look, there it is.”

“What is it?” inquired Emily.

“You sure?” asked Adam skeptically.

“Think so, let’s check it out,” answered Mark.

They lurched towards it, and banged against something. Adam pulled out his detector, which signaled a shield generator, producing a shield near the castle. Emily took out her electro-magnetic wave-generating gun and launched a wave, which in turn caused a malfunction in the generator. And in a moment, the shield was put out. They stalked past strange signboards until they came to the tightly shut exterior door of the fortress.

“Mary, do you still have some of those grenades?” asked Emily.

“Of-course, here you go,” Mary gave one to Emily.

She tossed the grenade to Adam, and he stuck it firmly to the door. The door burst open in a bulging pop. They walked in and Mark glowered at the peculiar inscribed symbols.

“I think we learned about these symbols in our interstellar language drills!” exclaimed Mary.

“Yes, we did!” exclaimed Emily.

“And they mean: ‘Welcome, are you aliens to The Kruthlamaten, symbol of your demise. Proceed will you to meet your doom. Life is momentous the moment one enters. Even the valiant will crumble. Perish! Perish! All will give up the ghost,’ ” Mark translated the symbols.

“May be we should proceed,” Mary suggested.

Adam nodded. They kept rambling until they reached a dead end, then another and another, till they came to the only dark room in the palace. Almost immediately, the door slammed behind them and they were trapped. They saw eerie shadows on the walls. Emily let out a terrified shriek as Mark accidently bumped into her. Adam pounded the door with all his might but all in vain. There was a small window near the roof, but it did not help, as it was nighttime.

“What do we do now?” Mary shuddered.

“Oh, Adam what are we going to do? I told you we should not come here and wait for help,” shouted Emily desperately.

“Take it easy Emily, we’ll think of something,” Mark tried to console her.

They ate what was left of their food and went to sleep. Mary kept awake, as she couldn’t sleep on the cold floor. She watched as her friends slept, and prayed to God that they might be able to leave this prison and that help arrived soon! It was about time that she too was sound asleep.

It was long since they had gone to that planet and never returned! That no one dares to send another expedition to that planet again, partly to honor the five who sacrificed their lives for our Mother Earth and partly because of the apprehension of the Curse.