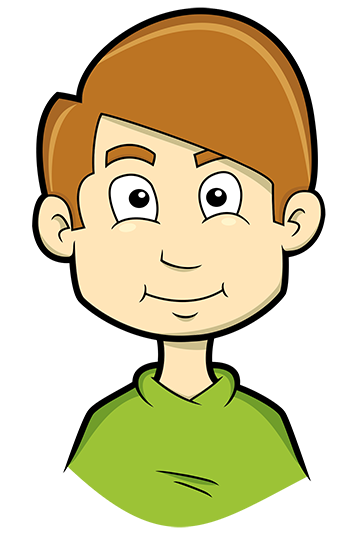 “The Book” is one of the outstanding stories of the second biannual Short Story Contest 2016 written by Solomon Ambler-Danyluk, The United Kingdom.

The resonating screech of a moderately sized, sooty crow echoed through the murky alleyway. The young boy, dressed in ragged clothes that were painted black by the slums around him, let out a small yelp, holding his right arm with a tremendous grip. Crimson liquid was oozing from the clutched arm; drops trickled onto the dirty ground he stood on, barefoot. The boy stumbled downwards, not having enough strength to maintain an upright position. His sight was slowly fading. As his grip finally loosened, the last thing he saw was the colossal gash on his arm.

Next thing the boy knew, he was lying in a hospital bed hooked up to numerous machines. A stale knock was heard at the door as an old man, looking in his 60s, walked in and sat on the table.

“I’ve heard you have no family,” he quietly spoke with a mediocre tone. “Would you like to come with me? If you’re worried about the legal spectrum, which a boy at your age most likely doesn’t know about, everything is all okay.” The man respected the fact that the boy may not be able to answer in his current physical and mental condition.

Jacob was unsure at the moment, as a 7-year-old was not usually forced to make decisions like this, but he slowly nodded. So Jacob (after a week of recovery) was sent to live with the old man now known as Seb at his large estate.

It was seven years since Jacob and the Seb had met. In the time, he had taken up the sport of fencing, in which he had won a myriad of rewards – being deemed a ‘prestigious’ participant in the fencing community. The present day was no different; Jacob was getting ready for his fencing tournament and had already packed his gear. He slowly walked to the car and began the journey to the fencing club.

The ride there was a quiet one, as usual. Jacob was clouded in thought. Knowing this was the 7th year anniversary of when the two had met in that hospital, he remembered the story Seb told him, vividly:

It was the beginning of dawn. Seb was taking a cheerful walk until he came across a collapsed body on the ground. Upon calling the emergency services, the father figure prayed for the best. The man himself had never had any kin to call his own and had no current relatives. He sympathized with the boy and decided that, if it were Jacob’s desire, he would adopt the boy, and have the son he had always wished for. After hearing the angelic words coming from the doctor that the boy would be okay, a huge sigh of relief came over the man. Jacob was okay.

As the limousine pulled up to the fencing club, Jacob strolled out of the vehicle, waved goodbye to Seb and went inside the building. After signing in, he headed for the changing rooms and prepared himself in his body suit before proceeding to the tournament room. The judge called the pairs and the duels commenced. Jacob’s strikes were imbued with much grace and strength – advancing easily on the opponent and striking them down. When the tournament was over, Jacob had beaten every opponent and claimed victory – earning a massive trophy to add to his collection. He had told Seb that he would prefer to walk home today, and as the estate was only a short distance away, Seb had allowed it. Secretly however, Jacob had taken the longer route to visit the flower shop – a brick building that contrasted with the stale houses around it. He had picked out a Japanese Peace Lily to give to Seb as a gift; they were his favourite.

Afterwards he walked back to the estate, so Seb would not worry. He came in. His smile transformed into a face of fear and despair. The lifeless body of Seb lay on the floor, next to a peculiar book labelled; ‘The Truth of Jacob’s Past’.