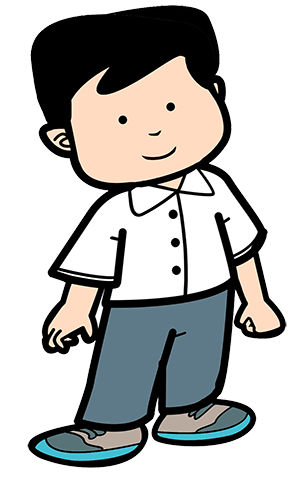 “Talking Garbage Can!” is one of the outstanding stories of the second biannual Short Story Contest 2016 written by Sam Savio Tom, UAE.

One afternoon, Jimmy entered home apprehensively. His bike had been stolen from the school parking. Being just a fourth grade student, he could not go to the police station and complain on his own, so had to tell his father. He also knew that if he did tell, his father would become schizophrenic because he had bought the bike just two days back.

As soon as he entered, his dad questioned him,

“Where is your bike?”

Jimmy was frightened and agitated. He started mumbling. He responded rapidly,

Then he rushed upstairs and dashed into his room. He was so tormented that he started to cry very softly so that his dad would not hear it.

In the evening, he did not show up for dinner, so the father got curious and went upstairs.

It was pitch dark in Jimmy’s room; he did not know when he fell asleep while crying. He suddenly woke up hearing a feeble voice coming from under the bed. However, he had no time to check it out since dad had already entered the room.

“Come down! Dinner is ready”

“Alright dad,” He got up and followed his father and did not bother about the noise coming from under the bed.

They both ate fruits and vegetables. While having soup, dad asked,

“Where is your bike?”

He was surprised by the query but managed to answer.

And he quickly finished his food and went back upstairs.

Next morning, he woke up because of the same noise as before, coming from under his bed. He investigated his room and found Slogoman under the bed. He remembered that he had had a soft drink named Slogoman two weeks ago and had forgotten to throw the can away. Jimmy picked up the tin and was about to throw it.

“Don’t worry I won’t hurt you,” the tin said

Jimmy quickly hid Slogoman back under the bed because he knew that his father would come to his room any time.

Father did come, and asked Jimmy,

“Nothing. It was just a cockroach”

“Thank God! You scared me.”

When he dad had gone back, Jimmy took Slogoman back again and Slogoman started to talk,

“If you tell your dad the truth, I will help you.”

“Tell him the truth that your bike is stolen. He will forgive you.”

Jimmy mustered courage at breakfast time and told his father,

Then his dad shouted at him. Although he was hurt, he felt glad that he had something, which was pricking him for hours, out of his chest.

He went back upstairs and told Slogoman, “I told him.”

“Now can you help me to get my bike back?”

“Yes,” even though it sounded impossible, the tin tried to help.

After some time, Jimmy was guided to his bike by Slogoman, who kept giving directions. Jimmy thought it was magic, but was too happy to feel curious about the whole affair.

He ran to tell dad, who was very happy to hear the news.

“Sorry for yelling at you”

“How did you get your bike back?”

“I drank Slogoman two weeks ago and I forgot to throw it. Today it started communicating with me. It is a magic tin, dad.”

Father had an astonished look on his face, but fortunately said nothing more than smile.

Jimmy was so excited that he could convince his dad. Slogoman was equally excited. It screamed,

“I told you, your dad will forgive you if you tell him the truth.”

Well, garbage can or not, Slogoman had served its purpose!