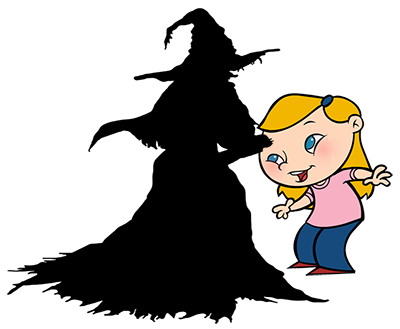 “Susan - The Magical Girl” is one of the outstanding stories of the second biannual Short Story Contest 2016 written by Ayyan Iqbal, Pakistan.

Once upon a time long ago, there lived a young girl in a beautiful village in Malaysia. Her name was Susan. She was very smart, kind, and loving. She lived with her mother alone as her father had passed away when she was only 3. All the people of the village loved Susan because she had always been very helpful to everyone. They all lived like one big family. They grew different crops in the fields and sold the products to neighboring towns. This was enough for them to live a contented life, so they did not know the meaning of sorrow. The only things they were aware of were love and harmony.

One morning when the people of the village woke up, they were shocked to notice something which they could never think of. Their ready-to-harvest crops were all burnt to ashes. They got very upset. All the men ran here and there to find a clue about what could have happened but in vain. There was no evidence of who or what could have done this. After a couple of days, they gave up and decided to plough again, but it was already too late and the season has changed. Now they were not left with any other choice but to cultivate something different and wait for it to grow and ripe.

But it was not over yet. Just in a week’s time, they woke up to dead livestock. This time many poor villagers got strokes because to them that was their whole world. Again there was no evidence. The elders of the village summoned a meeting to find a viable way out because now they were sure that it was something bigger than their powers and understanding.

A man who was in his mid fifties stood up and claimed that he knew an old wise man across the ocean that had super powers and could help them out of this predicament. All the people agreed upon calling the old wise man in so that they could get rid of this perplexing situation. Two young and active men were chosen to bring him to the village. Both of the men set off across the ocean and reached their destination after two days. They found that the old wise man was already waiting for them. To their surprise, he also knew well about the problem. He offered them his help and they all rode back to the village by horses that were arranged by that man.

The villagers greeted the old wise man with open arms and served him well. The man announced that he would spend the night in the fields and that nobody should come out of their houses or try to peek from the window before dawn no matter what happens. The people abided by and locked themselves up inside their homes. In the middle of the night, horrible voices were heard, and there was lightning and thunder. The people were really scared but they stayed indoors as instructed.

On first light, they all came out curiously and found the wise man lying unconscious in the fields. He came back to his senses after the villagers sprinkled water on his face. He stood up and instructed everyone to sit right there and listen carefully to what he had to say. The first thing he said was “Susan”. Everybody began to look at Susan with questioning eyes. Susan herself was stunned upon hearing her name.

“Let me explain in detail,” the wise man further said. “It’s about Susan’s great grandfather and a wicked witch that he had killed 100 years ago. Now the witch is alive again and seeking revenge. The only way by which you people can live a normal life again is that Susan must go up the mountain to the castle where the witch resides.”

Susan’s mother and all others started to weep because they were not ready to let Susan die for the sake of their relief, but the Susan comforted them all by stepping forward and saying, “I am ready to go for your sake but don’t you dare cry. I will teach a lesson to the witch just like my great grandfather did.” She was sent off to the castle with much protocol. The people turned back down to the village after seeing her off at the castle’s doorstep.

Susan entered the castle and felt a cold wave of air on her face. The castle was deserted and it looked like no human had ever visited that place in years. There were skeletons all over the floor and spider webs were hanging down from the roof and corners of the walls. A wave of fear ran down her spine on this sight but she was determined to move further inside.

When she reached the center of a big hall, a horrid voice came “welcome my foe, welcome. I have waited 100 years for this day to come.”

Susan tried to figure out the witch through the darkness and saw an ugly woman with a hooked nose and black heavy lips. She trembled a little but gained her control at once. “What do you want, you dreadful dirty creature?” asked Susan.

Upon hearing such offensive words, the witch got very angry and shouted at the top of her voice, “I want your blood. I will tear you apart in pieces just like your great grandfather did to me and munch every little bone of yours.”

As the witch was about to jump to attack the little girl, Susan changed into her great grandfather as she was actually a reincarnation of her great grandfather. He held his hand in the air and pushed the witch away with so much force that banged her into the wall. The witch got up and assaulted again but this time he had already created a spell with his super powers and the witch caught fire. The blaze was so high that it could have been seen from far. The people of the village thought that they had lost Susan forever.

Mission accomplished, Susan changed back to a little girl again. When she noticed that the witch was no more there, she hurried off to the village where the people welcomed her with wet eyes. She told them everything and reassured them that they would not have any kind of trouble again. The old wise man stayed with them for some days as an honored guest and Susan was loved and respected even more.