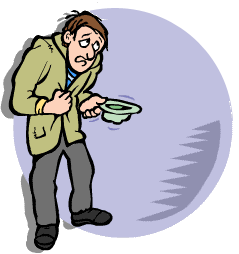 “Surprise Visitor” is one of the outstanding stories of the second biannual Short Story Contest 2016 written by Rijul Rakheja, Mumbai, India.

Once, there was a man named Shakha. He was very poor and was an orphan. He worked as a cobbler. He was a kind and sweet-hearted man. One day, an incident happened that made Shakha think that he was not a good man. He witnessed a child being hit by a car right in front of him. Shakha blamed himself for not rescuing the child.

That night, he had a vision. In his vision, God told him, “Dear Shakha, I will come to meet you tomorrow.” Suddenly Shakha got up and looked at the clock. It was about two O’ clock. Shakha was very innocent, so he thought that this dream can come true.

The next morning, Shakha remembered about that vision. After sometime, a woman came shouting, “Help, Help! My child is lost!”

Shakha left all his work and went to help that woman. Shakha did not know that lady. However, he tried his best to help her, and finally was able to locate her son.

After sometime, Shakha felt hungry. He was very poor, so he did not have much to eat. Then he went to his kitchen, and saw that he had some pulses and rice in a container. He cooked “Khichri” for himself. As soon as he started eating his food, a beggar came to his door. He was in a very miserable condition. He said, “Please give me some food. I have not eaten food for two days. So please give me something to eat.”

Even though Shakha had very little food, he gave some food to the beggar. The beggar blessed him and went away. Shakha finished his remaining food and started doing his work again.

When he remembered about his vision, he became sad, as God had not come to meet him. He was very tired and he slept. Again, he saw a vision and asked God, “Why did you not come to meet me?”

God said, “Dear Shakha, I came to meet you but in a disguised form. I was that child whom you found and I was that beggar whom you fed. You are not a bad person Shakha. Don’t be sad and help others.”

Shakha got up from his sleep. He was happy that he had met God, but in a disguised form.