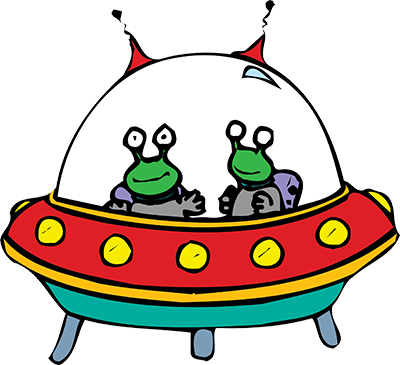 “Space Adventure: The Big Bang 2” is one of the outstanding stories of the second biannual Short Story Contest 2016 written by Chinmay Sharma, India.

Rugy and Carton were two aliens from Jupiter. They were flying to find the stone of Marshy which was the target of Bizo Mara, a very dangerous alien. He wanted it to increase his powers. The stone was in the cave of Maurlo.

When they were flying in space, there was some malfunctioning in their spaceship and they had to do an emergency landing on a strange planet purple in colour. When Rugy and Carton landed on the planet, they saw that it was full of ice. They walked two miles and found the planet was inhabited by several kind of animals like sloths, reindeers, sabretooth tigers and mammoths.

All the animals asked the aliens “Why have you come on this planet?”

The aliens said “There was some malfunctioning in our spaceship and so we did an emergency landing on this planet”.

“What is the name of this planet?” asked the aliens. The animals said, “This planet is called Ice Stock”.

“Are you on some mission?” asked a mammoth.

So a sabretooth showed the aliens a place to stay. They got to the place.

Rugy was sharpening his nails when Sabretooth came rushing. He was in hurry and frightened. He shouted “a flood is coming!” Suddenly the land quaked and a huge wave of water was gushing in. He called out to Rugy and they both started running away. When they were running they noticed they are on a glacier and a flood was coming. The flood water broke the glacier, they fell down and were in the ice cold water. They shouted for help but no one listened.

Rugy then took out his spaceship remote control and pressed the orange button. Their spaceship arrived and picked them up. The spaceship left them down with their surfing suits on the water in a few minutes.

Suddenly, they saw Bizo Mara standing on the flood waves. He was holding the Stone of Marshy. He laughed and broke the stone. Powers surrounded him and he became the most powerful living creature of the galaxy.

Suddenly Rugy and Carton felt like heroes inside. Carton converted into a heat alien called `HeatxOQp.z` and Rugy turned into an electric alien called `ELPTRON8z.xp`. They both attacked Bizo. Carton then transformed himself into a combo alien named Binoma8. He showed a smile. Binoma8 threw Bizo Mara into space. He also came flying in space behind. Binoma8 landed on an asteroid and jumped and grabbed Bizo Mara. He saw 8oa+ (the most powerful meteoroid in the galaxy). He threw Bizo Mara on the meteoroid and the meteoroid blasted. There was a very big explosion. After the explosion, Carton went back to the planet. As he set his feet on land, his powers vanished.

Finally, it was time for Carton and Rugy to go back to Jupiter. Everyone waved goodbye, in tears. When Rugy and Carton reached their planet, they told everyone about the fight and the blast.

They called the blast many names. But I call it Carton’s Blast – the Big Bang 2. I think they also called it Bizo Mara defeat point and 8oat’s end. What do you think? What will you call it?