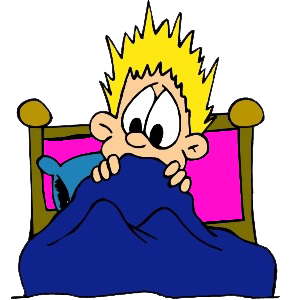 “My New Home” is one of the outstanding stories of the second biannual Short Story Contest 2016 written by Nivedha Vinodh Babu, Hong Kong.

It was a sunny afternoon when Chester and his family landed in Hong Kong. A Mansion, which stood tall at the heart of the big city, received them.

Tired of the hours - long flight, they wanted to take rest. Chester feel asleep as soon as he hit his bed, and lay asleep for a long time. His parents had a short nap, and then they got ready to go out for dinner. However, Chester remained asleep despite many attempts of his mother to punch him up.

“Don’t you want to come with us to have Dinner, Chester?” Mother asked him.

Battered by the noise, Chester moaned, but had no sign of waking up.

“We are going out. Do you want to join us, Chester?” Mum asked him again. 'If you are not interested to go out, we’ll bring dinner for you.”

“Listen Chester, this is our new maid,” Mother introduced a lady to drowsy Chester. Even though he did not see the woman and heard only the unclear words of his Mum, he moaned “Yes” and started snoring immediately.

It must have been a half an hour since his parents left home. Chester sprang up from the bed, and shivered as if he was in a roller coaster, as sweat dripped from the tip of his nostrils. It took him a few minutes to realise that he had a nightmare.

Suddenly his eyes were drawn to the wall clock. It displayed 19:15. Chester puckered at it. He had never seen a time like this before. His face became red and terror-stricken. He could not believe his eyes. “What a strange time it is! Have I ended up in some mysterious world?” he thought to himself.

In that puzzled situation, he heard the voice of a lady. The voice came closer asking whether he was all right. She looked strange with wrinkled warts and a pointed nose.

Chester thought he had been kidnapped. As the lady came closer, Chester picked up a pillow and threw at her. Before the lady could try to convince him, the doorbell rang.

Chester hid under a quilt while the lady opened the door. Chester peeped through the quilt and saw his parents. He screamed and ran to his parents.

“What happened to you? Why are you crying, dear?” Mum asked.

“I am kidnapped,” Chester howled. Mum tried to pacify him and said, “No dear, you are safe enough at our new home.”

“But Mum, some stranger here.”

‘Oh! Is that the matter?” Mother broke into a deep –throated laugh. “It's our new maid, Aunt Susan.”

Chester had nothing to say but flashed a smile at the lady, guiltily.

The next moment, Chester asked, “Then tell me what happened to this fuzzy clock?”

“It’s 24 hour clock, Chester, much different from the common one.”

Chester smiled sheepishly, and planted kisses on his Mum to hide his embarrassment. Everyone laughed heartily.