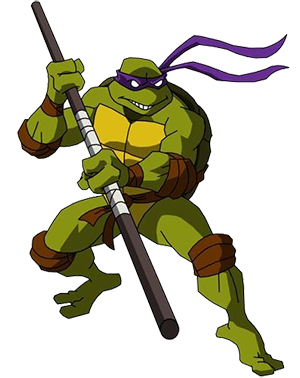 “Mutants” is one of the outstanding stories of the second biannual Short Story Contest 2016 written by Mathew Kyle Goodrum, South Africa.

Hello, if you are reading this, it means I’m dead and have sent this story back in time as a warning.

My name is, or more accurately shall be, Arthur. I am a mutant and I’m fifteen, and it is the year 2500. I hope you will stop the cause of all this, a project, before it becomes stronger. It is a terrifying experiment called Project X and my friends and I were the test subjects, along with an army General and his assassin, Dagger. The experiment went well on my friends and I, but horribly wrong on the others.

This is how it all began.

I was eleven and working at the company X Block. We tested ways to try to stop the human race from becoming extinct, as pollution had laid the world to waste. Living underground, we were only just surviving on artificial food, water and oxygen. Life was going better than usual as a comet had recently crashed on earth, providing us with at least ten-hundred-million gallons of water. The people had given us permission for an experiment that we named Project X. General Kilo, known as Sentinel K, said that we would run it the very next day, Monday, as there wasn’t much power left in the lab.

The mutation machine was ready. We had made six serums; each of them was different, their powers unknown. The first was silver and very hot, the second was like water, except that it glowed, the third was a thick green slime, the fourth a steaming blood-red liquid, and the last two looked highly unstable and were kept in closed tubes. The weirder one looked ice-cold and red-hot at the same time, and its colour changed from yellow to aquamarine. The other was a bubbling, black serum that moved as if it was alive.

Then, the test subjects were called. The project was to be performed on the General and his assassin, Dagger, along with my friends, Percy, Max, Lila and I. We could choose our own serum. It would be injected into our bodies after we were put to sleep in mutation pods, and we would awake with mutant powers.

Dagger chose first. He took the silver one and said “Better safe than sorry.” Percy went next. He chose the glowing water. Lila followed and chose the green slime, then Max chose red. The General and I were left with the unstable ones. He took the black and gave me the weird one. The last thing I saw, before losing consciousness, was a scientist giving the thumbs-up sign. After that it all went black.

When I woke up, my friends were testing their new powers, but the General and Dagger were still asleep in their pods. Percy was making and controlling water, Lila was creating plants out of nothing, and Max was writing his name by scorching the steel table with the white-hot flames coming out of his hands.

I felt different. I felt younger, more energetic, but at the same time older and wiser. I instantly understood my power. I had control of age and, to a degree, time. I could see the past, present, and a few seconds into the future. At that moment, the future was bad, with a capital B.

The last two pods exploded and two figures appeared. One looked normal, but had two grenades, the other was larger and darker. They were General Kilo and Dagger, but their serums had turned them evil. Dagger’s power was to create weapons. Out of his hands came a rifle. He gave it to the General, who turned it into a metal monster. The monster broke the wall of the lab and ran, with the General and Dagger, to the General’s plane and flew off to the north. I knew something big and bad had just happened. I was ready to fight.

The bad General’s forces are going to burst through my door any day now. I will do my best to stop them, but, if you take action today, stop wasting resources and start recycling, you have a better chance than I, of saving the world.