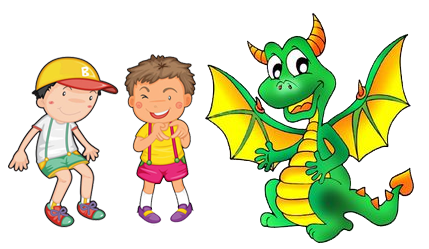 “Mack and Michael” is one of the outstanding stories of the second biannual Short Story Contest 2016 written by Blake Thomas Crosby, Chennai, India.

Once upon a time Mack and Michael went into the forest and ran into a big, big dragon. They tried to run, but the dragon got them and screamed, “DO NOT RUN! I WANT TO BE YOUR FRIEND!”

Mack said, “Cool, I always wanted to be the friend of a dragon.”

When they got home, Michael questioned, “Why did you say ok?”

The next day, Mack and Michael went to school. They were in different classes. Mack was in 4A, and Michael was in 5E. They had many classes like math, science, English, global studies, and games. When they got back, they went to the forest to see the dragon.

Then, after they came back to their home, their mom and dad happily told them, “We are going to Texas for vacation.”

Mack and Michael went completely bananas! They had to think of something for their dragon. “Mack, you’re really good at inventing. You could build a shrink ray,” said Michael.

“Mom, Mom, can we go outside?” asked Mack and Michael.

Then they rushed until they reached the dragon. Then Mack said, “Hi!” and hit the dragon with the shrink ray.

The dragon shrank, and asked, “Why did you do this?”

Mack replied, “I shrank you with a shrink ray.”

“But why?” asked the dragon.

“Because I am going to go on a holiday, and you can come,” answered Mack.

“Ok, but you have to make me big when we come back – promise?” said the dragon quietly.

Mack and Michael took the dragon home and put him in the suitcase. Then they immediately got dressed and went to school. When they got there, they talked about the dragon.

Mack said, “We should keep him where he is.”

“But he will get sad,” said Michael.

When they went on vacation, they took the dragon out and showed him around.

“We will go on many adventures together,” said Mack and Michael.

They had many adventures.

To make a long story short, when they got back, they said to the dragon, ’’As promised, we will make you big again.”