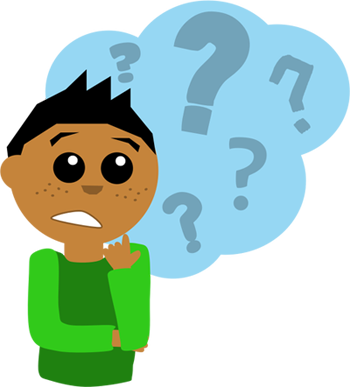 “Innocent or Guilty?” is one of the outstanding stories of the second biannual Short Story Contest 2016 written by AryamoyMitra, India.

An evening in New York it was, with rain and thunder. Not one soul was in sight on that gloomy night of the 7th of July 1977. Dan Vincent was in panic at his cottage, full of sweat and stress.

Two hours earlier, he had been subjected to the most torturous and dreadful experience in his life. Everybody but one friend of his had gone against him in court, in the trial regarding a series of events seventeen months earlier. Clearly, most of the evidence was against him. Dan did not have a lawyer; neither did he have any evidence to defend himself. Only he and his friend knew that Dan was innocent.

Unfortunately, the general crowd saw the name “Dan Vincent” as being the trademark of pure evil, due to what he had done to them. You see, Dan was a money lender, who made a living by borrowing people’s money, lending it to others, and charging interest. At least that is how he should have made a living. Up until a couple of years ago, Dan was based in Italy, worked there, and had a good reputation.

However, one day, he disappeared without a trace. At the time of his disappearance, he owed a total of $117,000 in US currency. Word got around quick, and people were furious. When one of them saw Dan fighting a court case in New York, it was all over for him. In twenty-four hours, all seventy-three Italians whom he owed money were in court claiming to be witnesses against Dan in the trial for the series of mysterious events seventeen months earlier. Those events had changed Dan’s life forever. He had $106 in his bank account and had nowhere to live.

It all started after New Year’s Eve, 1976. The Vincent family was having a merry time in New York, now that Dan had come to New York with bags of money belonging to the public. At the table sat the cherry cake. When asked about his earnings, Dan did not hesitate in telling them everything over ninety seconds. Ninety seconds that would start his misery. The Vincent family lived near the Terry TV studio. Coincidentally, they were recording the narration that would play out on radio in the coming UEFA EURO tournament of 1976. In the few minutes, when the narration played out, the entire world got to hear how Dan Vincent robbed seventy-three Italians, for the recording studio was ten metres away from his house, for his voice was overlooked in the audio editing, and for his voice served as a good enough background to the Narration.

In hours, he was convicted and caught. He was still able to use his connections and links to get out of trouble. However, three days later, he was convicted again, for a conversation he had had with a shopkeeper, where he was heard bragging about how he had “beat around the bush” and swayed the room entirely. It didn’t take a genius to find out his “ beating around the bush” implied he lied in court, and his swaying the room entirely implied he got out of jail time with a few powerful references.

When one of the Italians he had cheated saw him in court after being convicted for the second time, he told them everything. In twenty-four hours, he was fighting the battle of his life. However, Dan wasn’t in court for the money he owed.

There was something which had happened before his second conviction, and after his first. A few days into February, 1976, before Dan’s second conviction, the Judge of Dan’s first trial had been murdered. Naturally, a hundred or so people were now against him in the trial. They had been for over a year and half. Now, Dan wept the night before the verdict.

The next morning, the verdict was announced in front of a crowd, full of tension. The verdict, however, was that Dan was innocent. I know that because I was the Judge that day. I couldn’t care less about the stacks of evidence or the crime Dan had committed earlier in Italy. Because I knew Dan was innocent. I had been next in line for the New York Court’s Judge for the last 15 years.

If you do the same, and wait it out, you have my respect. I certainly wouldn’t wait it out and I had to save my career by doing what Dan was accused of. I make no apologies.