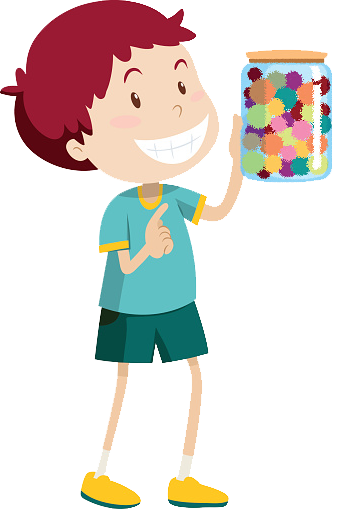 “How did humans get to have emotions and death” is one of the outstanding stories of the second biannual Short Story Contest 2016 written by Hee Joo Hwang, Japan.

How did humans get to have emotions and death

Long, long ago, before the beginning of the world, there was a god named Bogdan. He was there all the time.

Over time, Bogdan became very lonely. He wanted somebody to be with him. Therefore, he created the Universe, the Earth, then at last, the humans. The humans were obedient and immortal, but they didn’t have any emotions.

Bogdan also made two jars, the Jar of Pureness and the Jar of Corruption. The Jar of Pureness contained positive feelings, like joy, hope, and love; while the Jar of Corruption contained negative feelings like jealousy, greed, and sadness. They were stored in the Cave of Forbidden, and Bogdan commanded the humans to stay away from there. “The day one of you enters this cave and steals any of the jars,” he told them, “is the day humankind shall corrupt and meet death.”

The humans agreed, and went on with their own business.

Meanwhile, Zoldan heard this news and was filled with joy, for he was the devil, and wanted to bring confusion to the mankind. Therefore, he started looking for a way to fulfill his desire.

Among the humans, there was a boy named Ivan, who was the son of a hat maker. One day, when he was adding fur to an ushanka-hat (the Russian traditional hat), a fox slinked into Ivan’s hat shop.

“What do you know about emotions?” the fox asked.

Ivan, who didn’t even have or know about feelings, asked the fox about it. It said, “Emotions are strong feelings, like joy, happiness, trust, and peace. Any man who knows about this will greatly enjoy his life.”

Ivan, who was curious about feelings, asked the fox where to get them. “It’s simple,” the fox answered, “journey to the Cave of Forbidden, steal the Jar of Pureness, and open it. You’ll be the greatest man on Earth!”

But Ivan, who didn’t want to be disobedient, asked, “Didn’t Bogdan command us to stay away?”

“Do you know why the god said that in the first place?” the fox asked back.

“Bogdan is afraid that you’ll overthrow him when you get feelings! You’ll become more powerful than the great Bogdan himself!”

So in the end, the fox guided Ivan to the Cave of Forbidden. But as Ivan’s back was turned, no one knew that an evil smile rested on the fox’s face.

When the theft was successful, Ivan opened the Jar of Pureness. Just right after the lid of the jar was opened, thunder boomed as Bogdan’s voice boomed throughout the whole Earth. “Since you have disobeyed me, you shall have corruption and death too!”

As soon as he spoke, lightning flashed, and it shot straight through the Cave of Forbidden, destroying the Jar of Corruption.

And that’s how the world of mankind got corrupted with emotions of jealousy, hatred, greed, anger, etc. Because of one man’s mistake, they also met death. Nevertheless, on the bright side, joy, awe, glory, love, delight, and hope came in the world too.