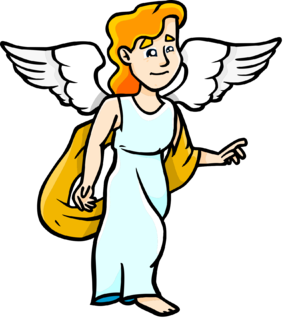 “His Last Mission” is one of the outstanding stories of the second biannual Short Story Contest 2016 written by Francine Estranero, United States.

She was gone. She thought that she wouldn't be able to see the future, that it was just bleak and gray. All of her dreams, gone, no color, no joy. Gone was the girl who hoped to have fun, who hoped for a future, who hoped for color. What was left? The silent one. The deepest, darkest part of her. Friends would avoid her, her family tried fixing her, but no one could even touch her. The silent one was untouchable, unfixable, broken, nothing.

The silent one meandered, just shuffling from one place to the next. Nothing could touch her, no one wanted to touch her, and she was alone. Day to day the silent one spent under the ceiling of her room. The mechanical whirring of the fan above her was just white noise in a world of black. Months passed until someone was able to break into her world. That person was an angel, the angel that would rescue the girl trapped in silent one’s clutches. He floated in on a cloud of white, attempting to stand strong. The angel felt himself weakening surrounded by the darkness of the room. He had two options, stand under the darkness, or give up and let the silent one devour the girl. That’s when he made the decision that would change everything. He pushed forward struggling from the clutches the darkness had on him but still pushing forward. After what seemed like an eternity, he reached the side of the silent one.

His heart raced when he heard the silent one talk.

“I am here to release the girl which you have captured.”

“That isn’t possible. I’ve already taken every ounce of her soul. Her will to live is nonexistent. She isn’t able to be fixed. Nothing could fix her. Well, one thing could fix her. Death. No, not even Death could make her whole. She will wander aimlessly in the limbo between life and death. If you choose to release her, it will take quite possibly years to free her from me. Even after I’m gone, I will haunt her. She will become restless and unable to live a normal life. That will be the fate if you release her from me.”

“I will help her; she will know what love is. Her life will become light again. I will change her.”

The silent one stood up and faced him for the first time. With a scream, the silent one burst into flames and the girl collapsed on the floor. In a flash everything changed, color returned to the walls, light filled the room, and the angel turned to a boy who looked drained but pleased. He rushed to the girl and held her head in his hands, “Don’t worry, I am here. It will be okay. Trust me, I will make you feel like the princess you are. Your life will turn from being the worst, to being the best you can ever imagine.”

He carried the girl onto the bed and laid her gently on it. She fell asleep which was understandable considering the things she’s gone through. The boy walked out of her room and left with his mind racing with ways to make her feel better, “It’s my job to make everyone happy. She is my last mission.”