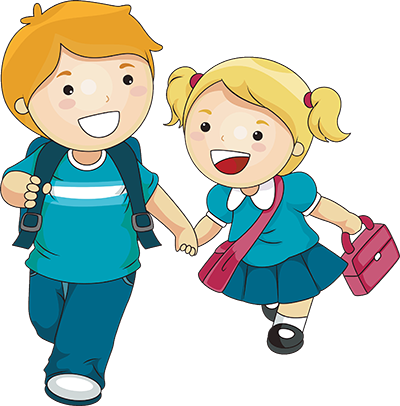 “First Day of School” is one of the outstanding stories of the second biannual Short Story Contest 2016 written by Brooklyn Crosby, India.

Don and Sally had two children: a boy called Tim, and a girl called Sizzle. They loved to play on their swings in the backyard. They had a lovely time as toddlers.

The children grew up, and were old enough to go to school. Tom and Sizzle were quite nervous when they went to school for the first time. Sizzle said, “Let us try to be happy here,” as they got to school.

After the initial troubles of adjusting to the new crowd, Tim and Sizzle began to love the new surroundings. After the first period, they had some snacks. Then they had game time! Both played with hula-hoops and balls. Tim made friends with another boy called Ho. They played happily until it was time for class again. Then they wrote book reports on the two books they read. Sizzle liked Alice in Wonderland. Tim liked Spiderman. The first day of school was going well.

Next, Tim and Sizzle had Art lessons. Tim made a house, and Sizzle made a village. After such hectic activity, Sizzle was bored. Luckily, it was lunch time. Sitting next her newly made friend called Lizz, Sizzle had a sandwich and a bit of cereal. Tim had a milk box and a slice of pizza.

Now, it was technology time. The children went to the ICT lab. They worked on Microsoft Paint, and drew a picture of their family. They felt very proud of their creation.

At home, Tim and Sizzle told all about what she did in the school, to her mom. At home Tim did his homework for math and English. While Sizzle was playing on her bed, Tim was working on his homework for two hours.

Soon, it was dinner time. They ate noodles, chicken, and sandwiches at seven o’clock. Before sleeping, they watched a movie called Wild Kratts. Next, they read a cool book about a super hero.

It was the first and the best day of school.