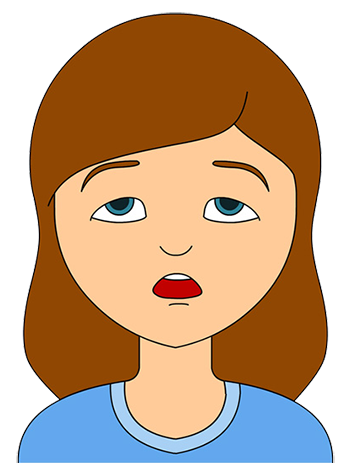 “Faith’s Mission” is one of the outstanding stories of the second biannual Short Story Contest 2016 written by Abhinaya Radhakrishnan, Singapore.

Her eyes were nearly bulging out of her head as she stared at someone behind the arcade counter. It was her bookish classmate, Faith.

Faith looked terrified as she met her friend’s eye. Muttering something under her breath, she sidled away and out the door, breaking into a sprint as she left the arcade. Running to catch up with her, Sabrina rushed out, leaving the door swinging. She found Faith leaning against a wall, breathing hard.

Sabrina looked at her fiercely and demanded to know what was going on. Whimpering, Faith poured out everything. She grew sentimental as she talked about herself being a fictional character (that’s why she was stepping out of a book) and being on a mission to save her stepsister from the ruthless Andrew Hemmings.

Sabrina grew shocked at the mention of that name, as he was the man who lived across the street from her. She revealed that to Faith, and asked her to come over the next evening to formulate a plan. Faith’s face lit up and she agreed to come.

The next day, the girls met up at Sabrina’s house and planned their entry carefully. They watched from the window until they saw Mr. Hemmings go out, on his daily stroll. Then, creeping behind bushes, the two girls made their way to his house. Sabrina knew exactly where the front door key was, and she fished around inside the empty flowerpot kept outside to get the ornate gold key.

The girls turned the key in the lock and opened the door to a beautifully furnished condominium. It was bigger than it looked from outside. The house was like Buckingham Palace to Sabrina, as she was accustomed to normal flats and simple furniture.

First, the two girls explored, oohing at the expensive paintings on the walls. Then, remembering the real reason that they were there, they got down to work searching the condominium top to bottom for Ruby, Faith’s sister. However, all the rooms were empty. Then, they tried a different tactic, tapping the walls and panels, looking for a secret passage. After a while, worn out, the girls sank down into a sofa.

Faith picked up the T.V. remote and pressed the power button, thinking that they could at least get some entertainment, if not find her sister. However, it turned out not to be a normal remote. The girls stared in disbelief at the huge elevator that rose from the ground. After a while, coming to their senses, they entered the elevator, which took them down, into an underground laboratory. There were worktables and lots of strange looking instruments, but no sign of life. Then, they spotted her.

A brunette, suspended in empty air, in a glass case. She seemed to be in some sort of coma. Tears prickling at the corners of her eyes, Faith rushed to the glass box. Now, almost sobbing, she raised her hands to the heavens and muttered mystical words. The glass dissolved into blue butterflies, which flew away to goodness-knows-where.

Faith calmed her down, smoothing her hair and speaking comforting words. With a few more mystical words, Ruby was on a stretcher, in a deep sleep. Pulling the stretcher behind them, the girls headed to the elevator. But it wasn’t there. Suddenly frightened, Sabrina and Faith looked around themselves, peering into the endless darkness.

“What do you two think you’re doing here?” came a sinister voice from the background.

Sabrina jumped and Faith looked around fearfully. A man stepped out, frowning, with a bushy beard and glittering, evil back eyes.

A change came over Mr. Hemmings. His love for Faith dissolving the curse put on him for his cruelty to Ruby, he appeared again as Faith’s dad.

“Daddy!” Faith yelped and ran to him.

“Now, let’s go home,” He put his arms around his daughters and melted away.

Sabrina suddenly felt like crying at losing her new friend, but sometimes Faith appeared in her dreams, and that was enough for selfless Sabrina.