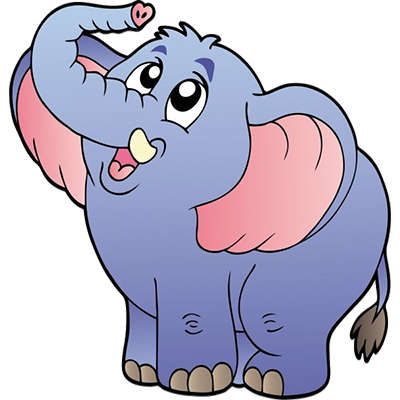 “Ellie - The Two Trunked Elephant” is one of the outstanding stories of the second biannual Short Story Contest 2016 written by Aliya Shetty Oza, India.

A long time ago, in a jungle far away, lived a herd of elephants. The jungle was home to many animals as it was bright and sunny, and usually no hunters came. In the herd there was one special elephant. Do you want to know who it was?

It was a female elephant that had two trunks! Her name was Ellie. She was kind, playful, smart, helpful and very funny at times. Especially when she was happy.

One day, she went to see the King of the Jungle, the lion. His name was Maurice. Maurice hated messy things and anything different. Ellie had gone to tell the king that the leaves near her habitat were changing color rapidly when it wasn’t even close to autumn. The leaves were turning yellow, then red and orange before they wilted. She suspected foul play.

When Maurice the mean and shallow king saw Ellie, he turned around to the mad Jester the jackal. Maurice told the jackal to send Ellie away where he would not have to see her. Sadly, she walked away, teased by the other animals.

She went back home in tears, and told her mother all that had happened. Her mom said, “What is on the outside does not matter; what is inside counts. God has made us different but we all have the same heart. Each of us is special in our own way.”

Ellie thought that her mom was just telling her a passage from an elephant tale.

The next day, Ellie was taking a walk near the stream when she saw her reflection. Ellie then understood why everyone teased her. But there was no time to feel sad, as there was chaos everywhere. There was chaos because there was a fire spreading rapidly. Everyone was running away except Ellie.

Ellie took up the risk of putting out the fire. She took water from the stream into both her trunks and started to douse the fire. First it didn’t work and the fire was very close to king Maurice, but Ellie did not give up. She sprayed for at least one to two hours, and finally the fire went out.

All the animals started to return to the big ground where usually they chatted. Everyone started to wonder about the source of the fire and who had extinguished it. One monkey pointed to two hunters in the distance, carrying guns, and bombs. A wild hare said that he had spotted a bomb in the king’s den. However, the king had seen who had extinguished the fire. He made his way through and got everyone’s attention. He explained what had happened, and after that, everyone was kind and sweet to Ellie. As for the hunters, they were behind jungle bars.