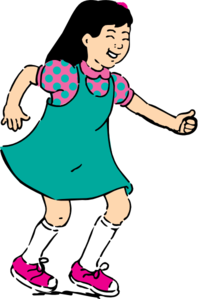 “Defenders of the Playground” is one of the outstanding stories of the second biannual Short Story Contest 2016 written by Lydia Samoff, USA.

Defenders of the Playground

A dirty boy, panting, rushed up to a little girl sitting on the gleaming red playground steps. She stopped playing with the sand at her feet to look up at him. Frantically he exclaimed, “The castle is under attack! We must defend it!” The girl pushed her dark brown hair behind her ears and surveyed the playground, trying to keep a straight face.

“Where does the attack come from…General?” the girl queried in mock concern.

“Then let us be off!” The two warriors drew flashing swords from their scabbards and charged up the steps of the castle. They turned the corner and exited onto an old stone bridge. All seemed quiet at first. Suddenly, in the dusky red sunset, a giant spider crawled over the bridge’s edge. Many more followed, each having eight hideous red eyes. With a battle cry, the warriors sprinted towards the invaders.

“Watch out, um... Um…,” the general stood momentarily puzzled. “Um, Lydia, what’s your name?” the small boy asked. He let his stick drop as he turned his freckled face to his sister.

“Lady Loren. And yours is General Colin, right Corban?”

“Watch out, Lady Loren! To your left!” Loren spun accidentally to her right, but no matter, because she was able to see and cleave the deadly appendage in time.

“Thanks for the warning.”

She paused and peered towards the battlements. Lydia pointed at their little brother who was sitting by the monkey bars, glum face in hands. “Corban, we should invite Billy to play with us. He doesn’t look like he’s having fun.”

“Lady Loren, Sir William is too young to fight these atrocities.”

“Um, Lady Loren, the truth is that Sir William and I currently have a family feud.”

Lydia put her hands on her hips and rolled her eyes.

“Look, Lydia. He took the cookie I wanted at lunch-time and he knew it!”

Conveniently for Corban, a flag-bearer approached and hailed the two heroes. “General, My Lady, a dragon is approaching the west side of the castle! Hurry!”

Loren turned and whispered to the General, “I thought we already were on the west side of the castle.” The General shrugged.

“I must be off!” cried the General. “Lady Loren, stay here to defend the bridge.”

“Fine, you may come, niece, but be careful!”

Together they ran up to the second story of the playground and slid down the winding blue slide. Actually, it was a stone chute.

As soon as they exited the chute, they got their first clear look at the dragon. It was covered in glinting red scales. Smoke billowed from its nostrils. Each claw was as long as a spear.

“How about one and a half?”

Each claw was as long as one and a half spears.

“It will be hard to bring this one down,” Colin commented grimly.

But these dauntless heroes were never cowards no matter what they faced. Therefore, they raced through the sand covering the grounds of the playground toward the evil beast. General Colin swung his great broadsword to hack at one of the dragon’s legs. With a clash, it shattered against the dragon’s scalyarmor. Corban looked vengefully at the swing set pole he had cracked his stick on.

“Aw! Well, at least I have my bow!” exclaimed the general as he unslung it from his back.

“Where did you get that?” Lydia cried.

“I have only one arrow, Lady Loren. I must pierce the dragon’s weak underside.”

With one deft motion, the General put the arrow to his bow, pulled back the string, and let it go. The arrow soared through dust and ashes and embed itself into the dragon’s flesh. With a roar and a jet of flame, the dragon was vanquished.

“Wait a moment. You said I could kill the dragon!” Lydia was furious.

“Lady Loren! I am out of arrows! You must pierce the underside of the beast where it is weak!”

The resurrected dragon lowered its head to roast the two warriors, but before it could, Lady Loren dived beneath the beast and plunged her sword into its abdomen. She left the sword and rolled out again unscathed. With a roar and a jet of flame, the dragon was vanquished.

However, the brave Lady did not revel in her victory. She cast her eyes once more to the lone figure seated on the battlements.

“Corban,” she began quietly, “Let’s invite Billy to play with us.”

The disgruntled general frowned and sighed, “Whatever.”

They raced back over the sand to the monkey bars, and Lady Loren approached the seated knight.

“Sir William, we would be honored if you joined us in protecting this castle,” She broke off and nudged the general.

“Ya, like she said. However, come quickly. The castle won’t defend itself.”

“Yes sir, General!” He leapt quickly to his feet and drew a stick of his own. “I am ready!”

Lady Loren smiled at her two brothers. “Then what are we waiting for?”

With that, the three valiant warriors charged off into the brilliant sky to defend their playground.