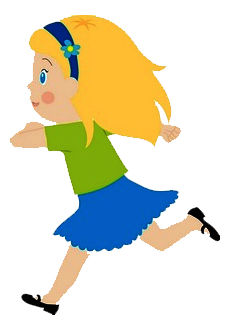 “Daisy’s Adventure: a story in the present tense” is one of the outstanding stories of the second biannual Short Story Contest 2016 written by Paavni Mehrotra, India.

Daisy’s Adventure: a story in the present tense

Daisy is keen to know what her mother is making for dinner because she cannot resist the smell. She sits at the dining table and waits for her dinner. Before very long, her mom comes in with a yummy pizza. Daisy eats it happily despite being tired after a busy day.

After a while, she goes to her room and lies down on her bed but is not able to sleep. Suddenly she hears noises!

Daisy thinks that her parents must be watching the television but when she listens carefully, she hears the sound of a printer. Having decided that this sounds very mysterious, she goes down to see what is happening but sees that everybody is asleep. She hears the noises again but this time from the back garden.

Daisy tiptoes outside and sees a dim light in a cave near the beach. She runs towards it but due to poor visibility, she decides to investigate the next night when there is a full moon. She runs back to her bedroom and dozes off to sleep.

The next day, she wakes up and remembers the events of the previous night. She sees the dark cave from her window. “I’ll go there tonight,” she thinks to herself. Daisy is pondering on what she will find there but cannot think of anything besides a cave.

Time passes by quickly and soon it is time for bed. Daisy goes to her room and waits for everybody to sleep. Half an hour later, she wears her slippers and tiptoes down towards the cave.

Suddenly she hides behind some massive rocks because she can hear two men conversing. She overhears, “Yes! We are going to give this fake money to the bank we own and then people will deposit their money in the bank. We will then swap the real and fake money so that the real is with us and the fake is with the others. If we do this, we will be amongst the richest people in the world.” Daisy is shocked to hear this!

Then she runs back home and dials 100. Inspector R.S picks up the phone. Daisy tells R.S the plan of the wicked men, and he comes to her house with other police officers in five minutes. Her mom and dad wake up. Daisy tells them to sit down and listen to the story. She narrates the events. Her mom and dad cannot believe what they hear.

After a few hours, the police find and capture the criminals and put them in prison. They destroy all the fake money. The following day, Inspector R.S comes and rewards Daisy Rs. 15,000, which she deposits in the bank. He tells her that these are the criminals the police have been searching for years! Daisy is ecstatic to have helped the police and done a great job.

“I just hope the Rs. 15,000 awarded to me will not be swapped for fake money!” she quips to herself.