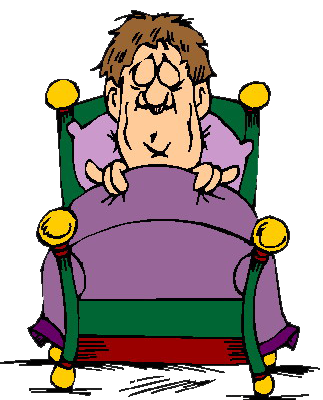 “All Down, One To Go” is one of the outstanding stories of the second biannual Short Story Contest 2016 written by Maia Edna Hirsch, Rosenfield, Germany.

All Down, One To Go

“Sex is not allowed anymore.”That is what they said. The whole town gathered around the square. There were about ten thousand inhabitants living in the area. The leaders called for a meeting that afternoon, so my parents, my brother and I went to hear the news. It was not common for the governors to gather up the whole population, so I guessed they had something extremely important to say.

My brother was 20 years old; I was 11. I happened to be the youngest kid in town. We estimated that each person would live up to seventy years. I was a little kid, so I didn’t know what all this actually meant. When we got home, both my parents and my brother were shocked, I couldn’t really understand why sex, was so important? After dinner that day, my mom asked me to come and sit next to her for a while; she wanted to speak with me. She explained what sex was about and the meaning of what was said this afternoon. At the end of the conversation my conclusion was the same as my family’s and the rest of the people in my town; it was horrifying. I was certain of one thing: it was the end of the town, we were all going to die, and worst of all, I was going to be the last person alive.

The next few months seemed kind of normal to me, but as the years passed by, I started noticing some changes. People died every once in a while, only that there weren’t any newborns. I saw less people every day at school, in the streets… Factories were closing, as they did not have much demand for their products and no fresh labor to work on them; shops closed too, as there weren’t enough customers.

After two decades, there were a thousand people still alive in the town. A tenth of the population was dead. As people died, their properties were passed on to the oldest person in the family. If there was no family left and the deceased lived in a building, the person in the upper floor would inherit everything. It was always the upper floor. If the person lived in a house, the neighbor at the right would get the inheritance.

Forty years later. One hundred people were still alive. I was 51 years old. I remembered when I was young, how I was waiting for my brother’s death so that I would have his bed. I guess that explains why most people stopped working. Why make an effort to produce money if you can wait for your neighbor or your family to die and leave you everything. This caused even more shops, factories and farms to close. It didn’t matter to the opened factories and stores that their employees were dying, they had to produce and sell less every day.

A decade later, even more people died, as they were getting old. By that time there were only fifteen of us left and we each had ten years or less to live. The fifteen of us tried to live as a family, a community. We helped in cooking, farming, cleaning… Some days we just relaxed and talked about how nice those days, sixty years ago, were and how much we would like to have children playing and running around us.

About two of us died every year; we knew that we were going to die eventually. If we got sick, we were doomed, as the last doctor in the group had died 2 years ago. We started having difficulties with the food and water; we were not as strong and energetic as we were 30 years ago to farm or to bring heavy water buckets from the lake.

Eight years had come to pass. Only two were left; an old friend from school and I. We started setting up food portions and taking turns doing the jobs we had to do. We were bored most of the time and didn’t really know what to do with each other. One morning when I woke up, I went to see my friend in his room. Even though we had the whole town for ourselves we lived in the same house so that we wouldn’t feel lonely. When I opened the door I saw him lying in bed. He was still, but he was trying to tell me something I couldn’t make out. I got closer to him and tried to listen very carefully. He was saying that he knew his time was over and that he thanked me for everything and for keeping him company. But what really got my attention was that he repeated over and over again that this was all because of that decision made almost eighty years ago. He kept saying that he didn’t understand why they had done it and that it was the stupidest decision they could have taken. After that he fell asleep and never woke up again.

I had still one more year to go all alone, I dedicated my time to think about the reason they had to prohibited sex in society, why they decided to exterminate themselves like that. I deeply thought about it for months. All I could conclude was that society was so damaged that it was beyond repair. But that is stupid. Society had always been like that; it was nothing new. Maybe, it was just the nature of humans; that instinct we have inside us, that even though we know we are doing something that will harm us, we do it anyways. It is that thought of self-destruction that lives inside us even though we don’t want it to be there.