Story Contest 2016 #2 - Outstanding Stories » All Because Of That 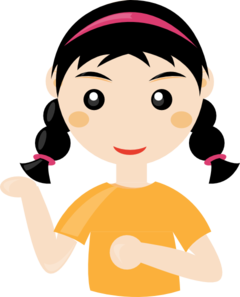 “All Because Of That” is one of the outstanding stories of the second biannual Short Story Contest 2016 written by Talia Lubbe, South Africa.

All Because Of That

Tina was a hard working newspaper girl of twelve. She worked thirteen hours a day and 6 days a week. She loved the feeling of being helpful. By evening, she was all tired out and, coming home, would just sleep like a log. On Sundays, she usually liked doing fun stuff until late in the night.

But not this Sunday. She was lazily sitting in a big leather chair. Bored. Eventually, Tina decided to go looking for something to do at the market.

As she arrived at the market, well, that was when she heard it. A yell of fury and a blood curdling scream. Tina spun in all directions, but no one else budged. In the corner, there was an old lady Tina had known since childhood. She asked the old lady, Nona, “Where did that horrid scream come from? Why is no one reacting to it?”

"The scream is coming from that direction. There is a huge old mansion over there. A family lives there and the father is very violent. The father is truly mad,'' Nona said.

“You mustn't even think of going near that place," Nona added.

"I won't," Tina replied. But typically, Tina thought it wouldn't hurt just to look at it.

Tina hid behind a bush, just in case. The mansion was in a horrible condition. There was scum drooling out of the cracks, rotten vines crawling from the side, and bugs scurrying everywhere. Tina was just about to leave, when a vicious looking man became visible through the window. He was searching for something or someone. He had the most brutal look in his eyes. Tina was now very scared, so she quietly crawled off. Then she came to a halt because she heard someone crying.

Following the sounds, she climbed a wall to look over a small courtyard. There was a boy about her age lying over a dying mother. Tina assumed it was a mother and son. There were tears streaming down their faces. The little boy helplessly tried to comfort his mother. Tina quickly jumped over the wall to bring aid to the mother in pain. The boy looked up at her in surprise.

That was when a strong beastly looking man came in. The same man who Tina had seen at the window earlier. His eyes madly darted from one place to the next, but then filled with tears as his gaze met his dying wife. "NO!" he cried in sorrow. He fell on his knees beside his wife and wept. "I'm so sorry Maria! This is all my fault! The moment I lost my temper, I should have gotten as far away from you guys as possible!"

"No Peter!" Maria burst out.

"Ok, guys we really need a professional doctor here. Can I call the hospital?" Tina exclaimed.

"NO!" Maria screeched in distress. "They'll have Peter hung for his violence!"

"It’s ok. Her life is more important than mine," Peter spoke.

"NO! If you do I'll sue you for everything you own!” Maria yelled.

Maria survived, but Peter’s sentience was death. Maria and her son Johnny got to say goodbye. And even though Peter was marked an uncontrollable criminal, he was remembered a hero too.

Johnny grew up to be a lawyer and married Tina, a doctor.