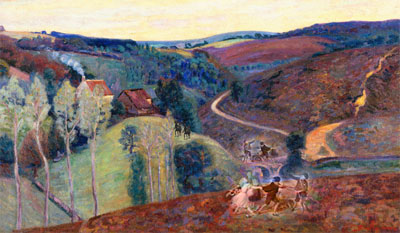 A group of college students had decided to educate the tribal people. They chose a village located in a hill. Tribal people inhabited the hill and the surrounding areas for centuries. The villagers and children there, were illiterate, and knew nothing about education. Hence, that particular village was chosen.

The student group reached the lap of the hill. A couple of men from the village took them to their place. The tribes lived happily with no use of equipments, modern facilities, etc. The villagers were so kind and made the students feel at home.

They explained to the head of the village about their intention to educate the children. The villagers were happy to hear about it. The students gathered the children and created a tuition schedule for teaching them. However, the students pushed themselves very hard to motivate them, and initiate their education. They did many tricks, but only a few kids responded well.

One student gave one chocolate to every child. The kids loved the chocolate, as they had never eaten one before. One student announced a competition. He placed a box full of chocolates near a tree, placed at a distance of 200 meters. He planned to conduct a race to motivate the children. He asked the students to stand in order.

He announced that a child who runs fast and reaches first would get all chocolates.

He counted one, two and run!

But what happened then was a pure bliss! The students were quite astonished and moved by the act of the children.

All children held the hands of the kids who stood next to them. They ran towards the chocolate box holding each other hands. There was only one winner and it was all the children.

The children then happily shared the chocolates among them.

One of the students asked the tribal children, on why they did that. One of them replied, ‘UBUNTU!’

The students were explained the meaning of UBUNTU. It meant ‘When others are sad, how can you stay happy?’

Ubuntu in the tribal language meant, ‘We represent what I am!’

The students were touched!

So let us spread happiness and love wherever we go.

« Back to MenuNext Story: Two Targets in One Shot »