Short Stories » A Wicked Man and A Kind Bear 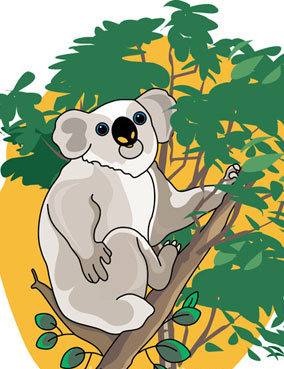 A Wicked Man and A Kind Bear


A middle-aged man was wandering in the forest and lost his way back to his group. He was on a tour with his friends. After lunch, he decided to have a small walk. His friends had warned him not to go deep into the jungle as he might lose his way. However, he never cared to hear the advice of his friends.

The forest was so beautiful and dense. In spite of warnings, he got lost in the forest. When he turned back after a few minutes, he could see nothing but dense trees without showing the way. He was tensed and tried to walk back.

He couldn’t find the way back. Suddenly he heard a mild roaring voice. Frightened by the voice, he walked back. The roar now sounded closer to him. He realized that it was a lion and could see traces of the lion.

He rushed and ran faster to save his life from the lion. He saw the lion approaching him. He swiftly climbed a huge and positioned himself comfortably on a high branch. He wasn’t very sure how he climbed the tree. Parallel to the branch that he was seated, he saw a bear sleeping in another branch.

Lion saw the tree, the man, and the bear. He asked the bear to push the man down, as he was hungry.

The bear humbly replied, ‘Dear Lion, I am sorry I cannot do that. This is my tree, my shelter. He came to me to rescue his life. I cannot let him die and never let him fall!’ Hearing this, the man felt happy.

The Lion remained silent for a while. He then asked the man, ‘Hey, push the bear down. I will leave you.’

The man without even thinking for a minute, tried to push the bear. However, the bear was so clever that he hanged to another branched and seated comfortably.

The Lion laughed at them and left the place.

How wicked was the man? Shame on him. The bear in fact saved his life from the ferocious lion and yet he tried to push him down...

Be the bear and help someone who needs you. Don’t be like the man who betrayed the bear.

« Back to MenuNext Story: The Gift »