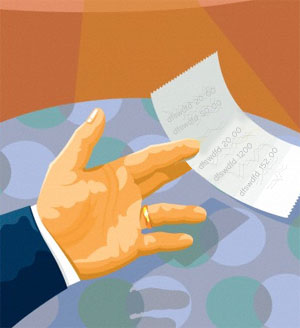 
Mr. John was an intelligent man. He was considered funny as well as witty. He always completed a sentence with a funny punch line. Not only he made everyone happy, but also burst into laughter while giving a speech. Yet, he managed to annoy people with one bad habit of his. He always bragged! Many a time, people overlooked his bragging, because of his witty and intelligent speeches. However, there were times he irritated many people with his bragging.

Mentioned below is an incident that shows the clever side of Mr. John.

Mr. John went to a restaurant. He was very hungry, but the restaurant was almost full. There were no vacant tables. Finally, he found a place at one corner of the restaurant. Another man sat opposite to him. Both ordered their lunch.

Mr. John started to brag about himself. The other man said nothing. Mr. John did not stop bragging or cracking witty remarks, even while he was eating.

Just when he was about to finish his lunch, the other man, who was completely irritated by John’s speech decided to teach him a lesson. He challenged Mr. John, ‘Can you please tell me one job that I can do, but you cannot!’

Mr. John smiled at him. He said, ‘Yes! Challenge accepted. You can do one thing that I cannot do! So, here is my bill, you pay for my bill and you can do this but I cannot!’

The other man was stunned and was lost for words. Of course, he had no option left other than paying Mr. John’s bill. 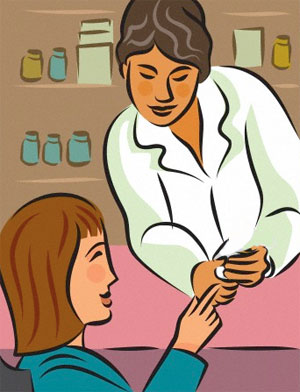 Ms. Lily And Her Pain

Suddenly the doctor realized something. She asked Ms. Lily to touch her hand. Ms. Lily touched doctor’s hand and of course, she felt the pain.

The doctor finally analyzed what her problem was. Ms. Lily’s index finger was injured and she had a mild cyst in her index finger.

« Back to MenuNext Story: Naughty Sonu »