Short Stories » The Tale of the Foolish Gardener 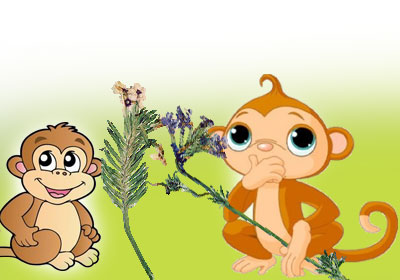 The Tale of the Foolish Gardener

At the border of a forest, a landlord had a big garden, which he liked very much. As he couldn’t look after it himself, he appointed a gardener to take care of the garden. The gardener was very faithful, and looked after the garden very well.

However, it was the summer season and he had to water the plants daily. As a result, there was no holiday for him, because, if he ever took leave, even for a day, most of the plants would dry up. Whenever, he approached the landlord with a request to take even a day off, the landlord would puff up and say, “Who would water the plants in your absence? As there is no one else to water the plants in your absence, I am afraid; I cannot grant you any leave”. The gardener was frightened and had no reply. And as a result, he had to give up the thought of taking any day off.

And hence the drudgery continued.

One day, as the annual temple festival was to take place in the gardener’s village; he was very eager to go and participate in the festivities. Hence, he decided to take at least one day off, but did not have the courage to face the landlord and ask for a day off. So, he thought all night, and came up with a plan.

The gardener said that the house belonged to the landlord, and that he was a cruel and unkind man. He went on to add that the landlord did not give him a single day’s rest.

The gardener then put forth his plight to the leader of the monkeys. He said, “Tomorrow is a big festival in my village, and I wish to go and participate. Can you possibly help me?”

The monkey chief was a bit taken aback, as he had no idea as to how help the poor gardener. He asked the gardener, “In what way, can I or my subjects help you?”

The gardener then laid down his plan. For one day, starting tomorrow, you and your subjects, please look after my work”. He further added that he would provide vessels and pots to all the monkeys, and all they had to do was to take it to the river, fill it, and subsequently water each plant. The monkey chief, after listening to the gardener’s tale of woe, felt pity for him and said, “Don’t worry, you go and attend your festival, and we shall look after your work”.

The gardener was relieved and happy. He gave some vessels and pots to the monkeys and quickly left for his village to take part in the temple festival.

However, the monkeys had one doubt. They had no idea as to how much water; they should pour on each plant, as they forgot to ask the gardener. So the approached the chief and told them about their problem.

The monkeys’ were awestruck at their chief’s wisdom and they all applauded. The chief, then proudly asked his subjects to get down to work without delay.

The monkeys’ did as advised – they pulled each plant out, saw the length of the roots and planted them back haphazardly, and watered them. Because of this, most of the plants lost their roots in this process and started drying up.

As a result of his foolish act, the gardener lost his job!

« Back to MenuNext Story: The Rat that Bargained too Many »