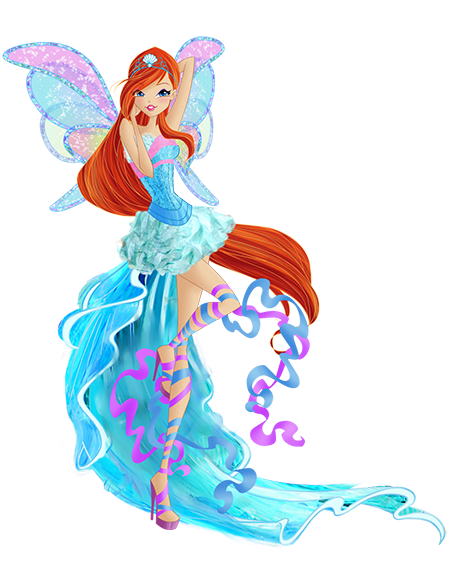 Once upon a time, there lived a very beautiful fairy on the highest solitary peaks of the Alps mountains. She was called the Snow Queen.

So beautiful was she, that shepherds and the mountain folk would climb to the summits to have a glimpse of her. Any man who saw her immediately fell in love with her, and would have given anything to marry her.

But alas! It was decided by Fate that no mortal would have her hand in marriage.

Therefore, all the brave souls who approached her, hoping to persuade her to marry them, met with a tragic fate. Each suitor, as he entered the great ice palace and declared his love for the queen and asked her hand, was grabbed by thousands of goblins who threw him over the rocks into a bottomless abyss.

The Queen would watch it all without the slightest emotion, as she had a heart of ice that did not feel any emotion at all.

The legend of the Snow Queen spread far and wide, even to the most distant alpine valley, where a fearless chamois hunter lived. He was fascinated, and decided to try his luck. He travelled for days, scaling icebound peaks, and battling the bitter, cold wind.

When he felt he could not move any further, he thought of the Snow Queen and kept moving onwards.

At last, after many days, he saw the ice palace with its crystal roof glinting in the sunshine.

The young man bravely entered the room where the Snow Queen sat on her throne. However, he was so dumbfounded by her beauty that he was speechless. He knelt in admiration before the Queen for hours together, without speaking a word. The Queen silently looked at him, waiting for him to ask her hand in marriage, upon which the goblins would end and send him to his death.

Then, to her utter surprise, she felt his behaviour touching her heart. She realized that she was slowly falling in love with this young man, who was much more handsome and younger than the other suitors. Time passed, with the young man kneeling in front of her without uttering a word, but the Snow Queen did not dare to admit, even to herself, that would like to marry him.

Meanwhile, the goblins were waiting for their ritual of throwing young men into the abyss. They were shocked at this delay and feared that the Queen might challenge Fate by accepting the young man’s hand.

Finally, seeing the Queen in such a dilemma, the goblins took matters into their own hands. As dusk fell, they flew to the young chamois hunter, swooped him up and hurled him into the abyss.

The Snow Queen silently watched the tragic scenes unfolding, but there was nothing she could do, to alter her fate. But something strange happened. Her icy heart began to melt, and a tear dropped from her eye. It was the first tear that she had ever shed. The beautiful cruel fairy suddenly became a woman.

As the Snow Queen’s tear fell on to a stone, it turned into a little flower like a silvery star, the first edelweiss.

The flower that grows only on the highest, most perilous and inaccessible peaks of the Alps mountain, on the edge of the abyss and precipice.

« Back to MenuNext Story: The Tale of Peter Rabbit »