Current Affairs » Botox: the poison used for most sicknesses you could name 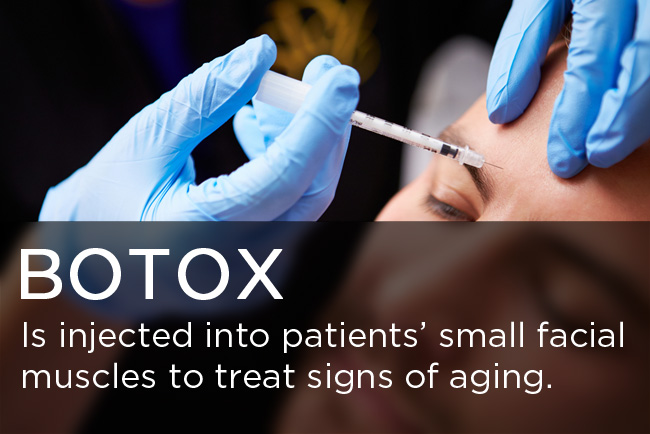 Botox: the poison used for most sicknesses you could name

The 21st century could rightfully called the Botox century. Why? Because this substance, originally meant for smoothening wrinkles, is now being used in a variety of treatments ranging from depression to drooling.

Botox is a neurotoxin, coming from the bacterium Clostridium botulinum. If you ingest it in contaminated food, it can cause severe food poisoning. As a neurotoxin, it can interfere with the key muscles in the body, cause paralysis and even death.

The accidental discovery of Botox

The original use of Botox as am agent to smooth facial wrinkles was discovered by accident in the 1970s by ophthalmologist Dr. Alan B. Scott, who had started studying the toxin as a therapy for people with a condition that rendered them cross-eyed. Scott named the drug Oculinum, and formed a company with the same name in 1978. In 1989, he received approval from the FDA to use Oculinum for the treatment of strabismus (the crossed – eye disorder) and abnormal eyelid spasms. It was two years later that the pharmaceutical giant Allergan bought Oculinum for $9 million, and changed renamed the drug Botox. In 1998, David E.I. Pyott became the CEO of Allergan, and it was his initiative that finally began the wrinkle smoothening era of Botox. The drug has not looked back since then. Now it is being used in hundreds of very different disorders: some of these treatments are approved, but others are not.

Medicinal use of Botox

When Botox is injected in tiny doses into target areas, it blocks signals between nerves and muscles, and thus blocks communication between the two. This causes the muscles to relax. That is how it can smoothen wrinkles: when you effectively paralyze the muscles that surround the fine lines on your face, those lines are less likely to move, making them less noticeable. This is the reason that Botox has been approved to treat an overactive urinary bladder: it can prevent involuntary muscle contractions that cause people to feel that they have to urinate even when they really don’t need to. Other approved uses of the drug are in the treatment of Strabismus (crossed eyes), Biepharospasm (eyelid spasms), cervical dystonia (severe neck spasms), severe underarm sweating, upper-limb spasticity, chronic migraine, and lower limb spasticity.

The side-effects of Botox

Botox bears a black ox warning – the strongest type of warning given to any drug, cautioning that the drug has been linked to serious side effects, such as muscle weakness, double vision and drooping eyelids. Since patients most often do not read such warnings, it is up to the doctors who prescribe them, to outline the potential risks to any patient choosing to try Botox for any condition, FDA- approved or not.