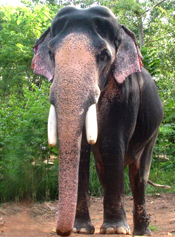 Elephants are the most favorite animals for many! Read about some interesting facts about elephant!

Yes, the mammoths are very sensitive, more sensitive than human beings. They cry, laugh, express their emotions, hide and vent their anger, etc. Recently, a baby elephant was died due to some disease and all the elephants in that crew just surrounded the baby elephant shed and expressed their sorrow.

They care a lot and live in group like families. That is why people say elephants in groups are harmless and encountering a single elephant is dangerous.

Lawrence Anthony was an Elephant Whisperer. His death was mourned by a herd of elephants. The elephants arrived at his home to mourn his death.

Elephants’ foot is naturally covered with a smooth and soft padding. This padding enables elephants to balance their weight, walk with ease in various surfaces. Also, it prevents them slipping on surfaces. When elephants walk, they don’t hear their walking sound because of this soft padding.

Elephants’ skin is about 2-3 cm thick; however, they are exposed with the risk of sun burning. To protect themselves from sunburns, they cover them with sand. The elephants will throw sand on their head, body and back often as a protective act. 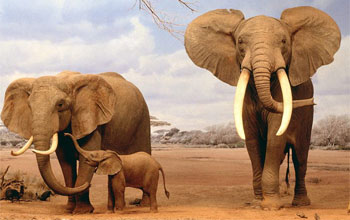 How elephants talk with each other?

Just like human beings, every kind of animal has their own language to talk with others. Elephants talk with others in the crew by making unique sounds. It is called Tummy Rumbles!