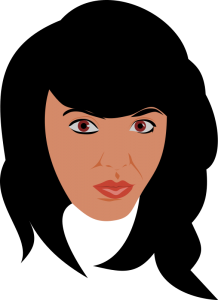 "Very Adventurous Indeed!” is one of the outstanding stories of the first biannual Short Story Contest 2016 written by Ledwina, Malaysia.

When I was a kid, I always used to see teenage girls hanging out with their friends in shopping malls, cinemas, restaurants or beaches. This made me inspired to have an outing with my cool friends. So, I planned to choose some adventurous activity as that is what my friends and I enjoy doing the most.

Without wasting much time, I went up to my room and turned on my laptop to choose an interesting activity that we love doing the most even when I am very tired. It was 11:30p.m when I was surfing the Internet. As I was searching on the web, suddenly, I heard someone knocking the front door. I was terrified because there was no one home except me, a fourteen year old regular teenage girl sitting in her room with her expensive laptop turned on. I was really terrified, so I quickly hid in my bathroom. The person at the front door was still knocking. Then, the person left after a while and I was relieved. I quickly ran out of the bathroom and ran downstairs to my study room to take my hand phone and call my mother. Unfortunately, my mother did not answer my phone call even when I called her multiple times.

I went up to my room again. While I was walking towards my room, I heard someone yelling from outside. I thought it was a woman. This time, I was not afraid. I took my baseball bat and went down to the door step. I had kept a baseball bat in my room just in case something happened and I was very sure that that was the perfect time to use it and show off my baseball skills. As soon as I opened the door, I crept out of my house. The sound of someone yelling got louder and louder as I walked closer to a big, tall, and shady tree in front of my neighbor Aisy’s house. When I looked around the tree, I saw a toy on the ground which was producing the loud yelling noise. I picked it up and brought it into my house.

As I was running into my house, I saw some burglars running out of my house. I had a big shock. There were two men wearing a black t-shirt with a black mask and a pair of black skinny jeans. I had a panic attack and almost fainted. But I kept running even when my knees were hurting so bad. I reached my house, holding the baseball bat in my right hand and the doll in my left hand. I saw three women watching television in my living room. They were watching a ghost movie featuring Taylor Swift and Joe Jonas. They looked unusual though. I shivered when I saw them and felt like going to the bathroom.

Their teeth were yellow in color, they were hairless and they had one ear instead of two and four nostrils instead of two. I crept behind the big sofa which the three unusual women were sitting on. I was about to hit them on the head when I saw a big cockroach under the sofa which made me scream. The three women too screamed at the same time. I ran around the living room when they screamed at the same time because it was quite disturbing. Luckily, I managed to hit the three unusual women on their foreheads and they passed out the second I hit them. Then, I used my baseball bat to hit the doll to damage and spoil it. None of my efforts worked. The doll still had its original look. I stopped hitting the doll.

Suddenly, the doll rose up into the air as if it was being possessed. The doll uttered a spell in its own language and water started pouring on me out of nowhere which made me scream in fear.

As I jumped up and opened my eyes, shivering, I saw that my mother had poured a pail of cold water on me. I had slept off while searching for an adventurous activity on my laptop. My mum left the room angrily.

I learned a valuable lesson that day. I will never ever look for adventurous activities online when I am tired and sleep. I have had enough of nightmares.