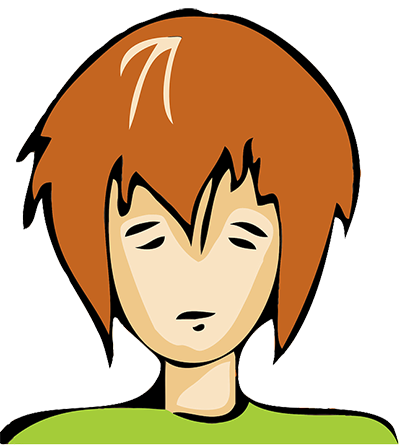 "There’s More To Life Than Meets The Eye” is one of the outstanding stories of the first biannual Short Story Contest 2016 written by Nur Syamsina Nadhirah Binti Ramlee, Brunei.

There’s More To Life Than Meets The Eye

The light snow was falling gently upon the London chimneys. It was silent and dark. George, a young eighteen year old teenage boy, was sitting near the front door of his house, unbothered by the condition of the frigid night. He had lived a miserable life. Every day at night, he would go out and watch the stars and the moon, longing for his life to be as beautiful as them.

He mustered all his energy and stood up. He sighed and went inside and left the door wide open. Then, he went to bed and wrapped himself with his blanket. The blanket was so comfortable that he ended up sleeping.

The alarm clock was ringing, telling that it was already morning. The moment he opened his eyes, he started to feel afraid. He was not ready to go to school. He was scared to death that his classmates at school would beat him up. But he motivated himself and ended up going to school. At school, he would usually sit at the back and keep quiet throughout the school hours. He was not interested in learning as he was preoccupied with the thought of the problems he was facing. He didn’t have friends. He had a few before but they had stopped hanging out with him. He was the outcast of the class. As the last bell rang, everyone started packing their stuff and George hurried back home to avoid the bullies in the class. But on his way home, he met them and got beaten up. They taunted him just for fun.

One hour later, he finally arrived home. His eyes had turned purple and he was limping. As he opened the door, he saw his mother, wearing a beautiful dress and getting ready to go out. His mother didn’t seem to bother about his entire existence and just went out. George never felt love from his family and was always neglected.

He went inside his room, kept his bag on the floor and looked at his reflection in the mirror. His eyes were swollen and his face had scars all over. He started crying and hatred grew in his heart, towards his classmates and his family. The way he lived his life made him feel that he didn’t deserve to live anymore. His mind was filled with the word ‘suicide’. He knew that it was exactly what he had to do.

First, he sat down on his study table and wrote a few letters; one to his mother, a couple of letters to the bullies and people who made his life miserable. He hoped that with his letter they would feel guilty because each one of them had chipped in to kill him. The letter was to tell that he will not be coming back to their lives. As he wrote the letters, his tears started dripping and they won’t stop falling.

After writing, he drove to the post office to post the letters. On the way, George stopped his car as he saw a man about thirty years of age standing by the road side in need of a ride. George felt sorry for the man and decided to give him a ride. The man had braces around his neck and a broken arm. The man told George where he was heading to. It was a long journey.

During the journey, the man saw the letters that George had written and silently read them up one by one. He simply smiled and told George that he was like George too and that the broken neck and arm was the result from his suicidal attempt. George was shocked that the man was reading his letter but he hesitated to be mad at him. He didn’t even feel angry at that time. He felt that the man was there for a purpose.

The man told George that no matter how bad things were, they would get better if we forgave and let go of all the negative things. He told George to never do crazy things such as suicide. The man used to be in the same boat as George but then he realized that life was too precious.

After a long talk with the stranger, George gained a true appreciation for how precious his life was. The only reason he decided to share his burden was, he realized it was better to express his true and deepest feelings to someone rather than suppressing them because, at the end of the day, he knew thatwhat doesn’t kill you makes you stronger and a fighter.

Many days passed and George started to open up more. He started to forgive people and be more responsible for his life. He stopped feeling afraid to go to school and finally realized that school was meant for learning. He stood up to his bullies and confronted them, and thus, they stopped bullying him. Experiences make people mature and that’s what George felt.

He knew he was lucky to have found out thatwe should live our lives with gratitude, that we are chosen to be born in this world and that we should always make the best of what we have. Our life is sometimes risky and full of challenges but that is the beauty in life. As Christian D. Larson once said, “Believe in yourself and all that you are. Know that there is something inside you that is greater than any obstacle.” Solve the problems one step at a time and always remind ourselves that each one of us is meant to shine when the time comes.