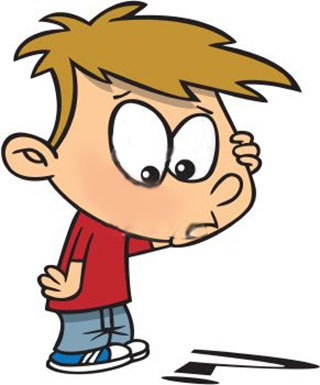 "The Sun Gode” is one of the outstanding stories of the first biannual Short Story Contest 2016 written by Rabia Khalid Lakhani, Pakistan.

His head was in a blur; he could not imagine what was happening to him. A few moments later George was slumped unconscious against the wall, his mind in a whirl; his thoughts mixed together; everything around him black...

…...When he gained consciousness, he saw a man with bloody eyes and shaggy hair, muttering something under his breath, his eyes sagging in an unfocused manner. “Who a-a-are yo-you?” George stammered looking fearfully at the dirty, bearded man beside him. The man thought for a while and answered, “I am the slave of the Sun God, Apollo.”

“How dare you insult his name. He is my lord and master, and on his command I have brought you over here!” That man exclaimed angrily. Just then another man with red hair and bloody eyes entered.

“George has not yet returned from his friend’s birthday party.” Mr.Michael reported to Mrs.Michael at dawn.

“He is never that late.” She replied. “He knows we must be waiting for him. I don’t know what made him late today.”

“That is eating up my mind also. What made him late today?”

George Michael had gone to his friend, John’s birthday party, but on his way back somebody had sneaked up behind him, and had suddenly pounced on him. He had seen faint glimpses of his incarcerators at that time. One of them had a raveled beard and hirsute hair.

“So Jake, have you found the boy our gods had asked you to find?” the newcomer asked after some lengthy discussion.

“Yes Paul. I have found him!” The man named Jake replied.

“But who is this Apollo guy? Sounds something like the Greek Mythology I have studied at school.” George butted in.

“My lord is Greek” Paul answered. “So are the rest of his family, but they are not a myth. They never were. It is only those feather-brained historians who thought these incoherent things. Every single thing is real.”

“Oh really, you want me to believe that.” George replied, speaking sarcastically.

“Come on, it is time to take you to Apollo,” Jake said. He threw George into a sack and closed the top. George started screaming.

“I am calling John and asking him about George,” Mr.Michael said to his wife, and he dialed the number. “John, do you know where George is? He did not return last night from your house. Any idea where he would be?” He queried.

“Yes uncle, I remember he was with Stephano. I will ask him and let you know in about five minutes,” John replied.

“So Paul, have you brought the boy?” A voice boomed out as soon as they entered a special chamber on the left side of the famous temple of the sun.

“Yes my Lord!” Paul answered with briskly, bowing towards the golden sun, shining through the window.

“It was on my orders that these slaves brought you here. Hahahaahaa.” The cold cruel laugh echoed around the chamber.

“Uncle, according to Stephano, they were captured by some bandits and thrown into sacks. Stephano had a pen knife and he slit his sack open as soon as he could not hear the voices.”

John began. “But when he came to open George’s sack he was seen and he ran for his life.”

“Do you have any idea where they were taking him to?” Mr.Michael asked in a quivering voice.

“Uncle, he was saying something about Apollo,” John said.

“My lord has brought you here because he wants to kill you…” Paul started. “…and eat your flesh for lunch…” George gasped. “…. because you don’t believe in him….” Paul finished.

“I am going to the temple of the sun,” Mr.Michael said and he set off. When he arrived there, he saw his son’s head cut off and his body soaked with blood. He screamed.

Just at that moment, Tony woke up, sweating profusely. The new novel ‘The Rise of Apollo’ dropped from his hand on the floor.