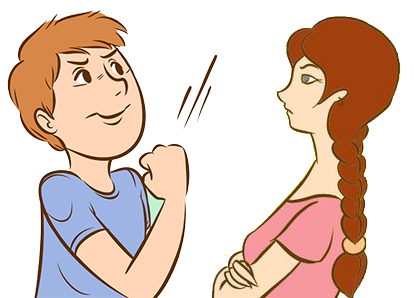 "The Rescurers of Merih” is one of the outstanding stories of the first biannual Short Story Contest 2016 written by Muratcan Coskun, Turkey

I should warn you: within this text there’s some information that humankind aren’t supposed to know. I advise you shouldn’t believe that. If you do, then you should also believe that we aren’t alone in the universe and that there are dangerous creatures in our world.

When I woke up in the morning, the sun was shining in my room. I didn’t want to get up but today was the first day at my new school. So I got up and I wore a white T-shirt and black jeans. I tried to give form to my long, blond and messy hair, and then stepped down in to kitchen.

“Good morning Seth.” I replied. Seth was my friend since I was nine. He was 1.75 m tall and looked like a Hollywood star with short black hair. I sat at the table and ate something. When I stood up, Seth’s father, Patrick, was coming down the stairs. He was holding two black phones. He said:

“These’re your phones. If anything happens, call me. I’ll call and check on you every two hours.”

We both nodded and took our phones.

We got out of the house. The school wasn’t far away so we got there a few minutes later.

Seth asked, “Are you ready James?”

“Always bro,” he said and laughed.

We went through the school’s main gate.

I asked a student where the school principal’s office was. The kid laid his eyes on us for a while and replied “down the hall, on your right.”

We knocked on the door and stepped inside. We took our course schedule and went back to the hall.

I warned, “Seth, remember, we should stay out of the radar and lie low.”

“Don’t worry, I’ll handle it,” he answered and walked away.

First lesson was biology. I walked around to find the class, and then I heard a voice.

I turned back and saw a really beautiful girl. She had blonde hair and sky blue eyes.

“I’m James Bishop,” I introduced myself.

“If you want, I can help you to find your class.”

“That’d be awesome. I’ve biology. I couldn’t find the class,” I confessed.

“I’ve biology too. If you want I can be your company.”

It was impossible to say no.

“You’re welcome,” she said politely. “Are you new around here?”

“Yes, last week I moved here with my uncle and his son.”

“Don’t you have your own family?” she asked.

“That’s our class,” she said and entered. I walked after her. The class was full.

Lesson had already begun but I couldn’t focus on anything but Olivia. I closed my eyes for a while; saw her blonde hair, blue eyes and amazing smile. I took a deep breath and smelled her fascinating odor. My heart was beating and a few drops came from my eyes.

“Are you OK?” she said. When I heard her voice my heart started to beat faster.

“I haven’t been so well in my life,” I said. She seemed confused and raised her eyebrow. At that moment the bell rang and she went out.

I wanted to tell everything to Olivia. I don’t know why but somehow I knew I could trust her. I went out of the classroom to find her. There she was. She was talking with two of her friends.

“Olivia, can we speak?” She looked at the other girls and said to them, “See you later.”

“Is there a problem, James?” she asked.

“I need to tell you something”

“Not here. We should speak somewhere more quiet,” I said.

She thought for a while and said, “We can speak at the gym, come.”

While we were walking, I was thinking of where to start. We entered the gym and sat at the stands.

“I’m listening,” she said in a serious manner.

“Look, I know what I’m going to say may sound crazy but you should listen to me without any interruption.”

She kept her silence and I continued.

“Fifteen years ago from now, we were living under 100m in the outer layer of Merih. We had only one enemy, hunters. There was an old prophecy about Merihians and Hunters.”

“Now you listen without any interruption.”

“The prophecy mentions four babies who were born at the same time. And it also says that these four babies have the same mark, an octagonal star on their back, which means the rescuer. And when these four babies turn eighteen, they all unite and kill those hunters. When the hunters heard the birth of these babies they declared war on Merih to kill the babies. The war lasted two years. When the Merihians realized that they were going to fall, they sent the four babies and about fifty Merihians to the Earth.”

“How do you know all of these?” I asked with confusion.

At that moment someone entered the gym. It was Seth.

“James, the hunters are at the school. We have to run,” Olivia and I looked at each other. I said, “Olivia there’s something more I have to tell you.”

“Seth and I are two of the four babies.”

“Now you leave here. I’ll have them,” she said.

I couldn’t let her do that for us because I was in love with her.

Two hunters came in with their swords at that moment. There was nowhere to run. At that moment Patrick came. Patrick was one of us. He had his sword and attacked a hunter. The other hunter was coming for us.

But it was too late. He snapped his sword to Olivia. I could have run, but I stood rooted. I pushed Olivia to the side, and tackled the hunter. Aware that Olivia was looking at me wide-eyed, I fought like I had never fought before. Finally, the hunter was down, and I had his sword.

I looked at Patrick. He too had overcome the hunter.

I looked back at Olivia and smiled.