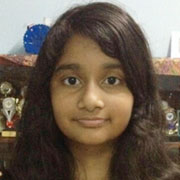 “The Day I Gained Respect From My Classmates” by Sneha Elizabeth Panackal, is the Second Prize winning story in the junior category of the first biannual Short Story Contest 2016.

The Day I Gained Respect From My Classmates

Have you ever had a time in your life when you felt really lonely? And then you did something amazing that made everyone want to be friends with you? I have been through one of those experiences.

This is dated back to when I was in Grade 1. Grade 1 was pretty tough for me. New faces were everywhere and my race didn’t help me either. Since I was an Indian, nobody wanted to talk to me or even come close to me. I was only six years old then and I didn’t know why people were so mean. Every recess time was spent alone in the classroom, and for projects, I was the lonely one among all my classmates. Every day, on the way home, I used to sob quietly so that my parents wouldn’t notice. Luckily, I was good in my studies or the teachers wouldn’t have wanted to talk to me either! My parents used to tell me, “Hey, don’t worry. Soon, you will have best friends just like everyone else.” At that time, I didn’t believe them, but as everyone knows, parents are always correct.

One day, my class teacher, Teacher Bibiena, announced that there was going to be a speech competition. My stomach did a flip-flop. I really enjoyed participating in speech competitions and, not to brag, I was actually quite good at them. But the only con was that the whole school would be watching me and since I was a new girl, I didn’t know anyone in the crowd that would be watching me.

However, I made up my mind, mustered up all my courage and marched up to the teacher and said, “Teacher, I want to join the speech competition.” The teacher stared at me for such a long time that I started to feel uncomfortable, but then I saw a smile tugging up at both ends of her lips. She gave me the form and I went off for recess.

The next day, I arrived at school early to submit my form to the teacher. Teacher Bibiena looked in my eyes as she took the form, and said, “Sneha, for a new student, you have a lot of courage.” I blushed and smiled at her remark on the way to class. It was very rare that Teacher Bibiena complimented anyone, so her compliment lifted up my spirits a little on that day.

Then it was time for the competition. I was the last competitor, so, until then, I had time to practise my speech.

Then they called my name. I was nervous and jittery as I went up the stage but I kept reminding myself that this was for a good cause. (Well, I figured out that if I won the speech competition, I would gain respect from my classmates.) So, I went up the stage and started to recite my speech.

When I ended my speech, I got a standing ovation! Everyone was cheering and clapping madly! I was on cloud nine! Even better, the principal herself came up the stage and presented me with the first prize trophy! Yet, the best was still to come.

As I was descending the stairs, I heard someone call my name. I turned around and saw a girl from my class. She said, “Hey, Sneha! That was amazing, really amazing! I haven’t seen anyone talk like that before! Err.. I have been wanting to ask you this question since the first day of school. Would you like to be friends with me?”

I happily accepted her friendship invitation without any hesitation. Even until now, Fatin Adriana is my best friend. I also have more than 200 friends in my school now. Come to think of it, none of this would have happened if I didn’t have enough courage to join that speech competition.

My advice to all those newbies is to have courage in doing whatever you want to do. It turns out that the results of trying something out could lead you to something that you could only dream of at first. So, don’t be afraid to try out anything. Believe me, I know. :)