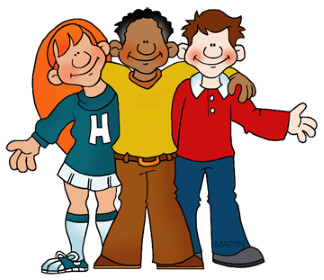 One fine summer morning, Margaret was hurrying toward Michael’s house. At the same time, Michael was just striding out through his front door. Naturally, he bumped into Margaret. “Ouch!” he cried, “Maggie, why the heck did you just bump into me?”

“Mike, it’s you who bumped into me. Anyway, sorry. We’ll stop wasting time. I have got some interesting news. Let’s rush to Sandy’s house,” she replied.

Maggie and Mike rang the doorbell of John Sanders. “Hey, come in guys,” said a familiar voice. It was Sandy. They all got inside and warmed themselves near the fireplace. Maggie said, “Sandy, I’ve got some news.”

“I hope you know about the robbery of the Sapphire ring. You know that they caught the robber,” said Maggie.

“Yes, I know that. Go on,” said the excited Sandy.

“The robber who stole the Sapphire ring has escaped from prison. So police has sent notices to the public that he is a very dangerous thief.”

Mike said, “We will get the newspaper. There will be more details in it.”

“Good idea Mike,” said Sandy as he ran to get the newspaper.

The Sapphire thief on the run

The accused George Horace, aged 33, escaped from prison in the early hours this morning. He was found guilty of stealing the Mayor’s Sapphire ring. The police are on the lookout for him in the town. They have informed the public to contact the Police Department in case they find any person under mysterious circumstances. The culprit is 6 feet tall, is of lean build and of fair complexion. He has a deep scar on his forehead. He is left-handed and can disguise himself very well. He is an expert in tidbit works such as plumbing, carpentry etc. Contact 30192 for police assistance.

As they were looking at the newspaper, Sandy’s father, Mr. Sanders said, “I have an urgent meeting to attend in the nearby town.”

“Fine,” said the three in unison.

Suddenly, there was a loud and deep voice shouting, “Hallo, anybody home….Plumbing and carpentry work done in a jiffy.”

Sandy was about to say “No, thanks”, but as he rose from his favorite armchair, he tripped over the rug and kicked the armchair leg. And its leg broke. So Mike called “Yes please, come in, we are at the first floor”.

A fair complexioned man with a cap in about his thirties came in. He asked, “Where should I mend sir?” in a burly tone. Sandy pointed at the big armchair. Mike and Maggie said

“We’ll be there in the sitting room”. So Sandy stood watching the man with interest. Then his thoughts started wandering .Suddenly the man interrupted his thoughts by asking “Can I have a glass of water?”

“Sure”. As Sandy went out, a sly smile spread over the carpenter as he saw the disguise material scattered over the table. Maggie came into the room to check whether she had left her handkerchief and froze in horror as she saw the man filling all Sandy’s precious collection into his bag. She identified the man as the thief on the run since the man’s deep scar on his forehead was clearly seen as he had removed his cap. She quietly crept downstairs to Mike and Sandy. So they rushed and caught him by the collar and tied him up. Maggie went downstairs and rang up the Police.