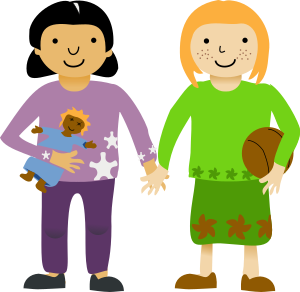 One day, a country called Silaze demanded all of Catania’s jewels and goods. Schumer didn’t respond to their demands.

Soon, Sergeant Willie, who was directly reporting to the Prime Minister, told him that he had received several calls from Silaze demanding Catania’s jewels.

Prime Minister Schumer thought that this was an important time in the history of Catania. He then decided to write each and every detail of what happened next and for many more days to come.

We have received several calls from Silaze with the same requests. The requests were only for our kingdom’s jewels. I’m scared we might lose them all.

Today, we received a letter from Barania, a country friendly to us. They said that they would help defend our country!

I don’t know what they meant by DEFEND. We are not at war right? That night, I asked Sergeant Willie to contact Barania for more information.

Barania replied that they were told that in 5 years’ time, Silaze would attack us.

Schumer called all his best troops to battle. He told Sergeant Bill to assess their current resources and to train 1000 of their best troops.

I have to prepare everything like our cannons and other weapons. And evacuate everyone out of this country. Oh lord, what will happen to us now?

Everyone had gathered around the hall of Catania. It was the middle of the night, but everyone was there.

Each of them were holding a small candle.

After a silent prayer, they placed their candles on the ground, hoping that God would answer their prayer.

It was finally the day when Silaze was coming to attack.

Once they arrived, Silaze did not waste any time and immediately attacked the hall.

Author’s Note :
I can’t tell you how it ended, but it was dreadful. Let’s just say that Silaze won and nothing was left alive.

Jane and Joey just got out of school. It is their summer break. They are both sisters. They plan to stay at grandma’s house, since she has moved to an old house. They are just dying to check it out.

“I bet there will be a huge backyard!” cried Jane.

“I bet there will be a secret garden!” cried Joey.

“I bet everything you guys said will be there!” laughed their mom.

They arrived at grandma’s place and mother was right. Everything that Jane and Joey had predicted was true!

“O.M.G!!!!” cried Jane. She had never seen such a huge backyard before in her life.

“O.M.G!!” cried Joey. She had never seen such a beautiful garden in her life.

“Why don’t you two go and check out your room?” suggested grandma.

Their room was not that big but it was cozy. They also discovered that there was an attic above their room.

After breakfast, they continued to explore the attic. They found a door covered with spider webs and dust.

“COUGH… COUGH..,” both of them coughed while opening the door.

Inside they found a library. Jane felt something pulling her closer to a particular shelf labeled SCHUMER.

They read everything that Schumer had written.

Jane and Joey felt awfully sad but also excited when they realized that Schumer was buried in a grave within their grandma’s huge back yard!

They both dashed off to find the grave and found it at the corner of the yard hidden by trees.

A PEACEFUL REST.
Jane found the grave first.
“It’s here Joey!” cried Jane. Both of them became silent when they read what was written on the tombstone.

R.I.P
Prime Minister Schumer of Catania
Died on 14th of November 1253.
Tried his best but lost everything.