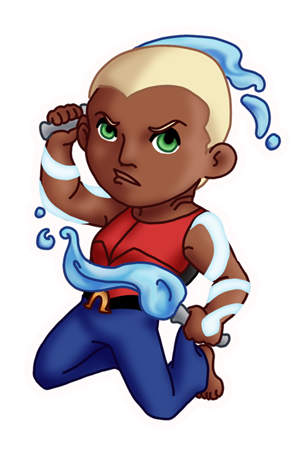 "Powers” is one of the outstanding stories of the first biannual Short Story Contest 2016 written by Chong Rui Ern, Kuala Belait, Brunei Darussalam.

This story began when a child was born into a small villa. The name of the child was Ronald Van Pauton. When Ronald was in the baby cradle, he swung his hand and suddenly there was no sound; nothing was moving. His parents were there too and they realized that Ronald had the power to control time and space, which was a very rare power indeed. The parents asked themselves, “Why does our child have power, when we are only normal people?” Anyway, we know Ronald is not the only one in Star-ton who had power.

By the time Ronald and his friends reached high school, they had already fully mastered their powers even though their final lesson had yet to be taught. Their final lesson was ‘being fair’. ‘Being fair’ was about ‘we cannot look down on people without powers; we are all at the same level’. It was a very important chapter to learn for people who had powers because, if such people held themselves in too high a regard, they would destroy mankind. This was the nature of such people on Star-ton.

One day, when Ronald was studying in school, one of his friends became paralyzed. Ronald thought someone with powers had caused this, so he quickly rang Jad up and asked him to accompany him to investigate what had happened, but he got no reply. He thought Jad was too busy studying to answer his call so he decided to go and investigate by himself.

While he was investigating, he saw many roads crack, buildings fall and many more disasters. Suddenly, he saw somebody who was very close to him destroying mankind. It was Jad all along! He had imitated one of their teachers’ power, ‘paralyzing’. So Ronald decided to take him on, one on one. Jad was more powerful than he had been before, because he had imitated everybody on Star-ton. No wonder, he had not been seen for a very long time.

Ronald used his time power to stop everything from moving but it was of no use because Jad had the power to reflect. So he could undo Ronald’s time stop. Now, Ronald’s power was of no use to him. So, he got the idea of asking his friends and normal people for help. Normal people had invented many powerful technological devices. So, now it became easy to defeat Jad. When everybody fought Jad, he was easily defeated.

Jad’s character had become destructive because he did not want to study the last chapter ‘being fair’; he thought he was already good enough.

Jad’s punishment was to stay in a very strong force field prison for life.