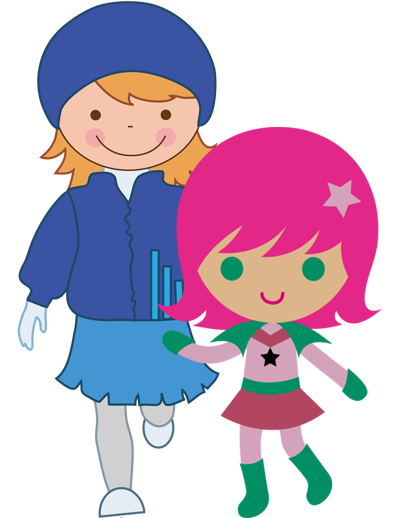 "Ignited Minds” is one of the outstanding stories of the first biannual Short Story Contest 2016 written by Anushka Rath, Assam, India.

It was a time for rejoicing. Shouts and screams of “Hurray!” “It’s all over!” “We are free now!” filled the air. “Happy Independence day to all students!” cried a voice. True. It was a day of freedom to all students as the last exam was over and the battle of questions and answers was a thing of the past. I returned home joyfully with my sister. We both hugged our dearest mom and I moved towards my room, hurling my bag on the table. And Then I pounced on my bed. And the next thing I knew was that when I opened my eyes it was 7o’ clock in the evening. My mother called me from the kitchen. “Anne, wake up dear. It’s time for dinner!” And I went to the dining hall. Our mother was serving the food.

We were having our banquet that day, when it struck my mind. “Our exams are over, right Dad?” I asked.

“Huh?” Father got confused. I looked at my sister, Angel and indicated something with a smile. “We wanted to remind you of the promise you made that day…,” Angel spoke to dad.

“Which promise are you twins talking about?”

I made a ‘shrew’ sound and depicted a flying aeroplane

“Oh! You mean the holiday trip. Right?” dad replied with a grin.

“Yes Dad. You promised us you would take us after exams,” we nodded.

“Fine dears. We were to go to Mumbai. Right?”

“Yes!” my mom cried out. “They were anxiously waiting for their exams to get over for this very thing,” she said.

“Excellent!” father said, “I would search for the tickets online tonight…”

“Love you dad!” We said and hugged him dearly.

Next morning, we sisters were in the balcony when mom came in, and moving the teacups towards us she said excitedly, “Your dad has booked the tickets and we have to start early on Monday. So start packing your items. You have only tomorrow - Sunday”.

Early in the morning on Monday, we started for the airport, boarded the flight and reached Mumbai within two hours. It is a busy city where night never comes. Roads are always full of rushing vehicles and persons. Our guide greeted us there and waved his arms for a Taxi to stop. And we cleared our own way through the heavy traffic to the hotel Taj, which, our guide informed, is one of the oldest lodges for tourists.

Our guide informed us that the next day we would be going to ‘Matheran’, which is an emerald place, full of greenery everywhere. “I am sure you are to fall in love with the place,” he said. And it was really the storehouse of the beauties of nature. The warm sunshine falling on the green leaves were turning them golden and it was just mystical.

We also took horse rides. “When we were of your age, we used to ride many horses with friends and had expertise in it,” dad said in a proud voice. “Don’t forget to wear helmets and yes, sit near the back pockets and don’t slouch the upper body.” He suggested and flew away with his horse. We too followed him.

We were then on the rock climbing adventure when I and Angel heard a shout. “Please someone help me!” We leaned down from the rock and surprisingly, there was a little boy about ten years old with some fruits kept in a basket. He was stuck between two rocks. We helped him come out of it. But his legs were bleeding badly. We took him to father. He always keeps a compact first aid kit with him. We medicated his injury. But now, it was getting dark. So we offered to take him with us in the taxi so that we can drop him in his house. He agreed. We decided to return to Mumbai and resume our adventures the next day.

“What is your name dear friend?” I asked him as we were travelling.

“Where do you stay?”

“Dharavi is the largest slum of Mumbai.” Our guide replied. “It was a mangrove swamp before…” he was adding again when we reached that site. It was really a very congested place. About one million people might have been staying in that one square mile area. We bade Chotu goodbye and were about to leave when a young girl of that slum came and started shouting at Chotu. “Where have you been all this time? Do you know how much dada (elder brother) was searching for you? How much money have you earned today? He was asking you to submit it to him as soon as possible, otherwise you would be thrown out of the gang”.

This conversation was beyond our comprehension. Upon asking, chotu replied, “Such is our poverty didi (elder sister), and it is very different from your lives. You won’t understand. Thank you so much for whatever you have done for me…” We were stunned to see such maturity on his face at that tender age.

We left that place and continued our adventures. But Chotu had left a deep impression on our minds. One fine day, we were stuck in traffic in that crowded city. It had already been ten minutes since our taxi was standing still. Just then a little girl came to us and peeped through the glass widow. “Didi, take these flowers at just ten rupees per flower….you are sure to like them…,” she said, persuading us to have them. Angel at once identified her. “Hey! It is the same girl whom we saw at Dharavi,” she said. “Yes…,” I added. I turned towards her and asked, “You live in the same place where Chotu lives, right? You kids aren’t going to school?”

“What do your parents do?”

“I am all alone in this world now. Like many, my parents too lost their lives in the devastating fire that engulfed our slum last winter,” she replied with utmost despair.

“Last November, we were all seated around the bonfire which was lighted in our slum using woods. Suddenly some hay caught fire and within no time the whole area was under huge flames. Many lives were lost in the incident….,” She paused and wept.

“And Chotu?” I asked anxiously.

“He somehow managed to get out of the chaos but lost his three-year old sister, while both his parents have been admitted in the hospital for treatment of their serious wounds. Chotu pays for the entire treatment and other expenses……small shoulder and big responsibility….,” she spoke out.

“Chotu bears such huge expenses! But from where does he earn?” I was puzzled.

She replied with a saddened smile. “Since that incident our lives have been miserable. To make a living, we started doing odd jobs like gathering empty bottles from garbage, selling newspapers, etc., and then one day dada came….he is five years older than us. Only he can function in that area and if we work under him, we are safe, he says. Since then, Chotu sells fruits and I sell these flowers. We pay a part of it to dada in order to remain in the gang. All that Chotu earns goes for the treatment of his parents. He hardly spends anything on himself……”

“That’s why he was wearing only a trouser that day….”

“And that basket of fruits…he was selling them!” I and Angel muttered. Out of compassion, we bought all the flowers from the lass.

“God bless you Didi” she said happily and went away.

Now, our respect for Chotu grew. He was beyond being just a kid. Such maturity and devotion hardly could be seen, even in elders, we thought. And a sheer desire arose within us to meet him again. So, we rushed to the shantytown. Upon enquiring, we found that he had been to the hospital for visiting his parents. We too left for the hospital and found our friend at the reception.

“You here, didi?”his eyes grew bright upon noticing us.

“We have come to help you, Chotu. This condition of yours is unbearable for us,” Angel said.

“What kind of help didi?” he said with a frown.

“We have come to know about your problems from that girl…belonging to your slum.”

“And now we want to help you out. We’ll sponsor your parents’ expenses and promise you that by getting treatment from the best hospitals, they’ll recover soon,” our mom said.

“No aunty…its ok… there’s no need. I am satisfied with whatever I can earn and I am sure that with the best efforts of mine, I can make my parents recover. You have already done a great favour by saving my life, which perhaps I cannot repay you. I feel overwhelmed by gratitude.” He uttered politely, but firmly. His confidence and devotion touched us deeply. The disaster had not broken his spirit. His selfless work was indeed rewarding. We returned with a heavy heart.

Why is it that truly needy persons do not get help from the Government? There are many who are living and working in pathetic conditions. Disaster has made many such ‘Chotus’ be stripped of their tender childhood and thrown into the web of working and earning.

From that very day a dream arose from within both of us. And right from the next day we had a firm determination to do something for such unfortunate ones. We started writing small compositions, illustrating the sufferings of the poverty hit people. During our stay we had taken several photographs and videos of the shantytown and nearby locales. Using the internet, we posted these pictures on the websites of the respective authorities and that of some NGOs meant to work for them. Even today we are continuing to provide all possible help to the underprivileged.

After three years, when my matriculation was over, it became possible for us to visit Mumbai again. This time, the first place we visited was Dharavi, the slum. There we searched for our friend. He was really happy to see us.

“You still remember us?” I asked him.

“How can I forget you Didi? You saved my life in that faraway place!” he said with utter happiness.

“How are you all dear?” we asked him.

“I am fine didi. You know within these years since we met, our lives have changed a lot. Now we slum dwellers are being provided with many facilities. My parents got well within two months. And today both my parents are healthy and have resumed their work. Now my friends and I go to school every day. See our houses have also developed to pukka houses. About two-years ago many NGOs came here to our help. And it is the result of that support that today we are in such a better position. We all are very pleased today.”

We smiled. He introduced us to his parents. All of them greeted us warmly. We spent some time with them and returned with a full heart. A thought gripped our mind - our small efforts have ultimately paid rich dividends…”