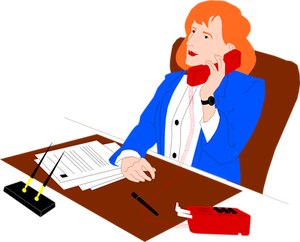 "Her Story” is one of the outstanding stories of the first biannual Short Story Contest 2016 written by Samreen Sathar, Kerala, India.

The strong lights would have blinded anyone who was not accustomed to it. But Liz was not a stranger to showlights. She was a successful business woman with a wonderful grip on her career.

The woman sitting opposite her was interviewing her. And she was concluding it. “So, thank you Ms. Lizbeth for spending your valuable time here with us on INTERVIEW TODAY. Thank you.”

The lights suddenly stopped glaring. Lizbeth was at last able to breathe properly. Many sessions had still not cured her stage fear. Everyone came forward to talk to her and congratulate her on her recent success in business. She thanked everyone and got out of the studio. Jeff was waiting for her. She gave him a quick hug.

They got in the car.

“Liz, even though we have been friends since college, you are still a mystery to me,” Jeff started a conversation, as he expertly maneuvered the car out.

“You practically know me inside out.”

“Not at all. You haven’t told me anything about your family. And coming to think of that, I have never even seen your parents or even heard about them from you.”

There was an uncomfortable pause.

Jeff stopped the car. He turned to Liz.

“You have to tell me, Liz. Please. Don’t you think I have the right to know?”

She opened her eyes and started speaking. “I lived in a beautiful house with my mom, dad and my brother. And that’s where my story began and ended.” She took a deep breath.

“A normal, perfect family. That was what we were. No troubles, no fights, just a happy family. My dad was a businessman, my mom a home-maker and my brother, Alex, was just a year older than me. Unfortunately, as Alex grew into his teenage years, he started on drugs, but it was in negligible degrees, and my parents didn’t find out. Dad was out most of the time and when he came home, it was celebration. Mom was always great. But all good things must come to an end. And the good things in my life too came to an end.”

“One day, when dad came home, he was drunk. He was drunk so badly that he could not drive, and it was Uncle Robert, his friend and our neighbour, who dropped him home. He was in a very bad mood. But as he sat down for supper, he wanted everyone on the table, eating like always.”

There was a pause. Jeff was listening and driving slowly.

Lizbeth continued, “Mum decided not to make a fuss about dad’s drinking and served everyone quietly. Dad found faults in everything, from food to the chair he was sitting. Alex, as always, came late to the table and got scolded by dad. But he didn’t respond. I realized that he had an overdose of drugs and was not in a right state of mind. Mom was very worried about dad and did not notice this change. About halfway through eating, my brother, who was very groggy, smashed a bowl as his grip was very uncertain. Suddenly, dad lost his cool. He lunged at Alex. And suddenly, there was a fight between my drunk father and my drug-addicted brother.”

Lizbeth stopped and sobbed quietly. Jeff placed a hand on her shoulder.

“Mom, who saw all this, got up and tried to separate them. I don’t know who did it but either dad or Alex hit mom very hard and she fell down, hitting her head against a broken piece of the bowl. By then dad had lost all control and hit Alex badly. Then he stormed out without noticing me or mum. And Alex, like a wild beast, not seeing mum bleeding, went back to his room. I was paralyzed with shock and couldn’t move. When I came to my senses, I rushed to my mother and tried taking that glass piece out of her head, but couldn’t. I ran to Alex’s room only to see an unconscious Alex lying on the bed with white foam dribbling from his mouth. I went almost mad with all this and went to find dad, but found him missing. Crying, I ran to Mrs. Allen, our neighbour, for help. She ran to our house and called the ambulance. I went to mum and found that she had lost a lot of blood. And then, I blacked out.”

Liz continued, “When I woke up, I found myself on a hospital bed with my wrist bandaged. Mrs. Allen and Uncle Robert were beside me. I asked them where dad, mum and Alex were. And Mrs. Allen started crying. Uncle Robert told me that mom had died on the way to the hospital. Dad, who had gone out that night, was hit by a truck and got run over.

Alex was in a very bad state but would recover.”

Liz stopped again. There was a sad and pained look on Jeff’s face.

“From that point onwards, my life changed. Mum and dad had wanted me to be a businesswoman. Their memories made me get on with life. And here I am. Miss Lizbeth, the most successful businesswoman whom everyone thinks they know. But no. No one knows how bitter my struggle was to reach here….”

Her voice trailed away.

Jeff suddenly remembered something and asked gently “what about Alex?”

Liz looked at Jeff. “He recovered. But he took drugs again. His body couldn’t take it anymore and he too……….”

And with that, he drove to their flat. A silence filled the car but for some reason, Liz found it comforting.

When they reached the flat, Liz found an old man in the lobby. She stood still and then ran to him like a little girl calling “uncle, uncle” and hugged him. When Jeff went towards them, he found that Liz’s face had a proud look.

“Jeff, this is uncle Robert. He looked after me all these years after that fiasco. He became my guardian and now he stays in New York City,” she rattled off.

And then she realized that uncle didn’t know who Jeff was. She turned to Robert.

“Uncle, this is Jeff, my best friend and maybe the guy I’m going to marry.” said Liz, blushing.

Jeff had to smile at her words. Robert smiled and took Jeff’s and Liz’s hands together. He was also smiling proudly.

“Liz, I can’t say how happy I am for you. And … your parents would have been proud of you.”

Liz started crying with a smile.