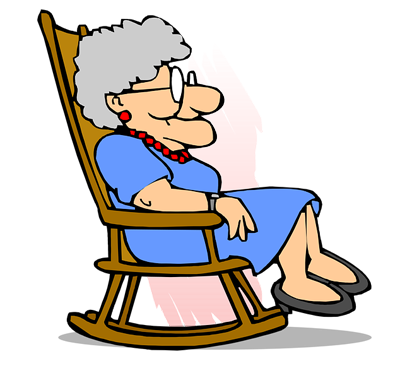 “Grandma’s Sweet Story” is one of the outstanding stories of the first biannual Short Story Contest 2016 written by Sharanya Reddy, India.

The night firmament was so dark, as if someone had thrown a moth-eaten blanket over the earth, and the stars were the little holes that had been eaten away by the insects. It was a beautiful night where even Grandma could find a swarm of fireflies. When Grandma was so absorbed in seeing the debonair night firmament, her grand children Sonia and Chaarudatt came to listen to the stories that grandma would narrate.

Sonia and Chaarudatt came running to grandma who was on the terrace and asked, “Grandma, we are so excited to know which story you would narrate today."

Grandma replied moodily, "I would not tell you both any story.”

Sonia spoke lower and asked, "Why are you looking so upset, Grandma? Please can you share the reason why you are so upset?"

"Because on Saturday you both were so late in coming to your grandma, who tells you stories every night, and makes you sleep. This shows that your affection for me is just decreasing and you want to spend less time with me, "Grandma had tears in her eyes.

Chaarudatt interfered in the conversation between Sonia and Grandma, and spoke, “Oops!!! Grandma, we were so late because we wanted to spend more time with you. The next day was a holiday and my parents said, ‘Both of you have your dinner, complete your homework and then, you can spend more time with your grandma tomorrow.’ And we had promised you that WE WILL OBEY OUR PARENTS AND ELDERS, so we were very late."

Grandmother exclaimed with content, "Oh! I am sorry, my dear. Now I will surely tell you the story. Before that, go and wash your hands, have the ice cream, which is in the refrigerator, and come back quickly to me and I will tell you the story."

After 10 minutes, they came back running on to the terrace and said, “Thanks, Grandma for giving us this delicious butterscotch ice cream! Please tell the story, Grandma."

"Sure, my dears, but before I start telling the story, I would like to ask some questions. Sonia and Chaarudatt, do you have any lucky thing in your life? Can you tell me the reason why you think it is a lucky thing for you?" questioned grandma.

Sonia said that she had a lucky watch and she mostly wore it for her examinations so that she could score more marks.

Chaarudatt said that he had a lucky keychain that he used in all of his cycling competitions and he believed that it would always give him gold medals.

Grandma said, "Oh!! Great! Now the story which I tell you is a little similar to that."

Now, Grandma started to tell the story. Sonia and Chaarudatt were calmly listening to the story....

"In Indore, Madhya Pradesh, lived a girl named Aishani. She was a 7th class pupil in Sophia -The International School. She was a merit student as well as a good child.

She loved poetry and was influenced by Rabindranath Tagore. She read thousands of books written by him.

One day, when she was reading his biography, she noticed that he was influenced a lot by nature. He used to write poems sitting under trees.

After reading the book, she realized that our minds become peaceful when we go to nature. So, she went to The Blossom park with her book Gitanjali (a collection of poems that was awarded Nobel Prize for Literature) written by Rabindranath Tagore. She went under a beautiful, cherished blossom tree.

When she was about to sit under the cherished blossom tree she saw a pen with a luminous shine.

She showed this pen to her parents with great excitement.

On that night, she dreamt that the pen she had found in the park was made of gold and other precious metals by a beautiful angel named Angelina. Angelina offered such pens to girls who cared for others, being kind and patient and doing only good deeds. Angelina had offered the pen which was with Aishani to a girl, who was quiet and calm.

The next day, Aishani went to the same park where she had found the pen. She waited for 3 hours in the park but she couldn't find the girl who appeared in her dream. When Aishani was leaving the park, she saw the girl who owned the pen and ran to ask her, "Excuse me, do you own this pen?”

The girl stared at the pen and asked "Where did you find this pen?”

Aishani replied, "I found this near the blossom tree and I would like to introduce myself to you. My name is Aishani."

"Oh! Nice to meet you and my name is Ajaal and I thank you a lot for keeping it safe," said the girl.

Aishani asked Ajaal, "May I ask to you one question?”

Ajaal answered, “Yeah, sure, but before that this is a small present for you."

Aishani opened the present with great excitement and recognized that it was a bracelet and said, "Hey Ajaal, This is a wonderful bracelet! Why do you want to gift me this wonderful thing?”

Ajaal looked at Aishani strangely and said, “Aishani, this is not a branded bracelet and I didn't know that anyone would be filled with so much excitement."

Aishani told Ajaal about her dream, and that in the dream, the angel Angelina had gifted a pen and a bracelet to Ajaal, and this was the same bracelet that she had seen in the dream.

Both Aishani and Ajaal realized that the gifts from the angel were lucky charms and they wore them to their exams. They passed their exams with flying colours.” Grandma stopped.

“Is it a real story, grandma?”

“No, dear. But it just shows that we would be lucky if we are gentle and empathetic,” Grandma told Sonia.