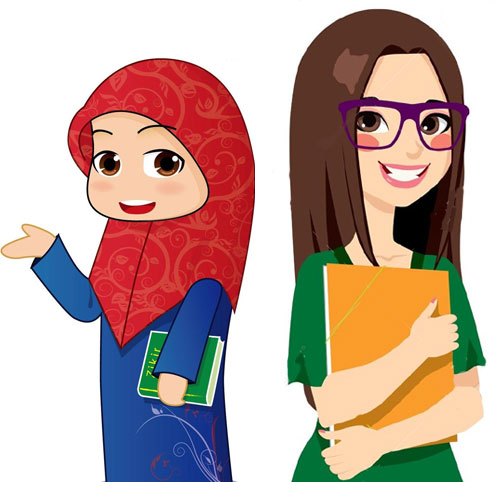 "Do not judge a Book by its Cover” is one of the outstanding stories of the first biannual Short Story Contest 2016 written by Vrindda Balasingam, Malaysia.

Do not judge a Book by its Cover

Inokid Ladies College produced many successful girls over the years. Last year, there were two exceptional students. They were called Pinksha and Redsha. Pinksha was popular and admired by everyone. Her beauty was classic. She bought her clothes and accessories from the best shopping malls. However, her interest had always been in shallow matters. Books and college did not exist in her mind.

Redsha on the contrary, was a mousy girl from a small village. She was always lost in her own thoughts about worldly matters but still cared about her studies, resulting in excellent studies and marks. She was a helpful and kind person, but she had only a few friends. She was always teased about her average looks and round figure but she never bothered.

Mr.Yellowdish, their class teacher, gave an unexpected test during their class session. Redsha calmly reached for her pencil and answered all the questions with full of confidence. On that day, Pinksha rushed to the class. She had woken up late again due to attending a party the previous night. She made a dash into the class after being 10 minutes late. She sat through the test without answering.

Ten days later Mr.Yellowdish walked into the class with a stern expression. Redsha had nervous butterflies in her stomach thinking of her results. She prayed hard for good results despite of her hardwork. Pinksha was late again! She waltzed on her way to class. This time Mr.Yellowdish did not go easy on her fault. Pinksha was not only grounded but Mr.Yellowdish announced her failed mark on the test also.

Two days later, Mr.Yellowdish posted the students marks on the college’s bulletin board. Redsha was shocked to see her marks. It was a fail. She was confused and sad. She could not wait till lunchtime to meet Mr.Yellowdish. As she was walking sadly back to class Pinksha sarcastically said “now you know how it feels to fail”. Redsha ran into the girl’s toilet to continue her sobbing. At lunch, she calmed herself and met Mr.Yellowdish. She explained her situation and requested to recheck her paper. Mr.Yellowdish was sympathetic and found it strange since he knew that Redsha was a brainy girl. He agreed to her request. He did not tell her but he suspected sabotage.

Mr.Yellowdish decided to look into the matter deeply. He scanned through the test papers, recounted the marks and even cleaned up his messy desk so that he could think clearly. While he was cleaning, he had a great idea. He hurried to the security office. He threw a fit over what he saw on the CCTV. It was Pinksha creeping into his office the day before. When zoomed, he saw how she erased Redsha’s answers on the examination sheet. Mr.Yellowdish was furious!

Mr.Yellowdish reported Pinksha to the principal. Pinksha was expelled from the college. Everyone in the class was disgusted to know how low Pinksha stooped to spoil poor Redsha’s reputation. Mr.Yellowdish advised the students to not judge the book by its cover. The pretty and the famous may be mean, but the quiet and the average may be brilliant and honest.