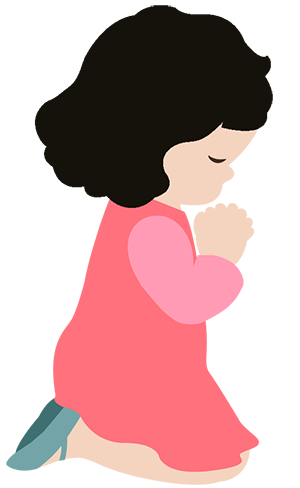 "Devotion” is one of the outstanding stories of the first biannual Short Story Contest 2016 written by Devi Sreekanth Pillai, Bahrain.

Once, on the banks of the river Ganges, lived a beautiful little girl with her parents. Her name was Parvati. She was a very cute little girl. She was very spiritual from a very young age.

When she was five years old, unfortunately, her father died. Her mother told her in tears, “Parvati, we are alone now. We have no one to turn to.” Parvati and her mother went to their relatives and friends, and asked for a place to live, but no one helped them. They had to take to the streets. But Parvati’s mother kept telling her, “You will be taken care of. Don’t worry. You should seek Lord Vishnu, the preserver of the universe.”

After a few days, her mother had severe fever and the next day she died. Parvati was left alone. She wandered around, and finally reached the hermitage of a Rishi. There were many monks living in the hermitage. Parvati became one of the residents of the hermitage.

One day a fortune teller visited the Rishi’s ashram. He saw Parvati and began predicting her future to the Rishi. “This little girl will be a great devotee of lord Vishnu himself. With lots of perse-verance she will win the Lord. So after she grows up, just tell her she can’t stay here any longer and that she has to leave.” Soon enough Parvati grew up and the Rishi did as he was told.

Parvati set out on a journey from the hermitage. She travelled very far and soon reached the Trikuta mountains. She took some rest, and saw a dream about lord Vishnu talking to her. The lord said, “Go and stay in the temple of Tirupati. After five days go back to the peak of The mountain Trikuta and meditate. Then you will succeed in your mission for which you were meant to be.”

Parvati was startled by the dream into full consciousness. The next day she went to the temple of Tirupati. When she reached the temple she was greeted with a warm welcome. She was invited to stay there. She listened daily to the speeches of great sages. After that she even learnt how to medi-tate. She also learned the use of bow and arrow. After five days, she left the temple and was on her way to the peak of the mountain Trikuta.

After a distance she lay down. Suddenly a lion approached her. She aimed her bow and arrow at it. The arrow pierced the lion, and took the lion with it on its flight. As she went to take her arrow back, Parvati saw that her arrow had landed in the ashram of a great Sage. The Sage noticed the dead lion and cursed Parvati that she would be a crocodile for ever in her life. Parvati explained that the lion was about to attack her, and that she had not shot the animal just for pleasure. The sage under-stood her situation, but he could not take back his curse. He asked Parvati to do penance to Lord Vish-nu, so that she would be changed back to her human form.

After such trials, Parvati reached the peak of the Trikuta mountain. She started her long penance to the lord. In the first few months, she had just fruits and water. In the second month, she didn’t eat any fruits. In the third month, she even stopped drinking water.

Slowly, just like the great Rishis of old, Parvati was gaining control over her human self. Such perseverance was exceptional, and it pleased Lord Vishnu. The Lord Vishnu appeared in front of her, and gave her the blessing that she could go to Vaikunta, the abode of Lord Vishnu, in human form.