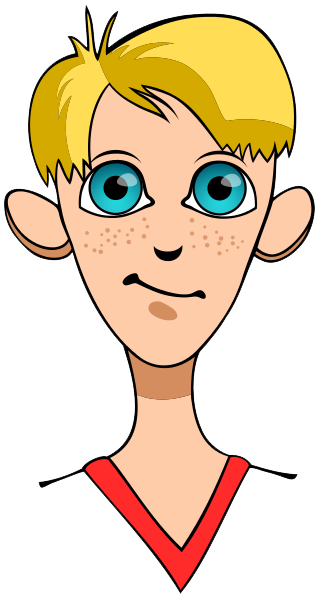 "All that glitters is not lawful gold” is one of the outstanding stories of the first biannual Short Story Contest 2016 written by Malaika Athar, Sharjah, U.A.E.

All that glitters is not lawful gold

“That was a wonderful story, did you make it up yourself?” 9 year old and freckled Eugene asked.

“Now you should probably go to sleep,” I said after a quick glance at my wrist watch. His twin sister, Emily, who was lying on the bed opposite him, did something in her sign language. I tried to understand, and then looked over to her brother for an answer.

“She says good night,” he said with a smirk. I blushed almost immediately and profusely. Good night, I mouthed, remembering 5 seconds too late that she was dumb not deaf. But they didn’t notice and calmly closed their eyes. I tucked them in, switched off all the lamps except the night light, and made my way downstairs.

I had gotten many babysitting jobs before but none as grand as this one.

My mother had got a phone call a few days ago saying that they wanted someone to babysit the twins and that they had got great references about me. I was quite shocked at the money they offered to a 15 year old but immediately said yes, though they did say to keep a “zipped lip” about it. I could understand why, when I reached their house.

She had welcomed me through tall oak doors with a shiny lion knocker, the kind you see in Shakespearean plays. The house was not completely decorated: Some boxes remained unopened, but it looked complete, ironically like the lady’s appearance – long, fully red gown without any accessories, but still looking complete.

She was in a hurry, so she told me her number, the twins’ food preferences, bed time and when she would be back, finished her final touches in the downstairs washroom, and left. I thought it quite peculiar that she drove the car herself rather than keep a chauffeur. I told myself that she might not have had the time to hire anyone which was also the reason for hiring a babysitter at the last minute.

Now that the kids were asleep, and their mother away, I thought of watching some television. I turned it on. The ‘turning on’ sign with a loading circle flickered on the screen. “Really? You are filthy rich and still get a trashy TV network service.” Realizing it was going to take forever I got up and started inspecting the boxes and other pieces around. One particular box caught my eye as the tape’s color was neon, hot pink. It had been opened already but the tape was still hanging. I peeked inside to find a bunch of framed photographs.

They were all in monochrome, all modern but filtered. I picked the first one I saw. It had the simple black frame they all did, with a sort of wooden texture and rough surface. The picture had a smiling Emily, barely a toddler. There was a man holding her, almost bald with black hair and sharp black eyes.

The next picture showed a few months older Eugene with another man. He was chubby with a short moustache and curly hair that could be blonde. The third snapshot was of another man with the lady and much older twins. They seemed to be on a holiday. This man had Tom Cruise type hair and a pot belly. Now I was just confused. Which one was their father? I dug in for a marriage photograph but all I found was many more photos with different men. So different men?

I heard a voice behind me. The TV turned on and the news was coming on. I put back the photographs and got on the couch. Their guide had almost 800 channels, so decided to scroll their favorites instead thinking that they probably had good taste. But all I found was a bunch of news channels with one kid’s network. I pressed the first one, and a murder headline was coming on. It showed a funeral procession. A picture appeared alongside......

My heart began throbbing wildly. I ran back to the box and grabbed one of the photos. The picture of the dead man on TV was of this man on the photo. He was Davis Longwen, voted top 15th richest man in the world twice. He was found stabbed in his beach house in the Bahamas. The suspect, his girlfriend, had run away on the night of the murder. Another picture popped up...no...No way..... I thought I was going to faint… On TV was a photo of the lady in red!

“Mother thought, you would find out.”

I turned around. It was Eugene and Emily coming downstairs, with something in their hands behind their backs. They stopped a few flights up.

“Who are you people?” I asked dumbly but seriously scared.

“Let’s just say someone you don’t want to mess with,” he replied with a threatening tone. He nodded at Emily who in turn got a gun from behind her back. My first instinct was to run but my whole body became paralyzed. She pulled the trigger and shot.....