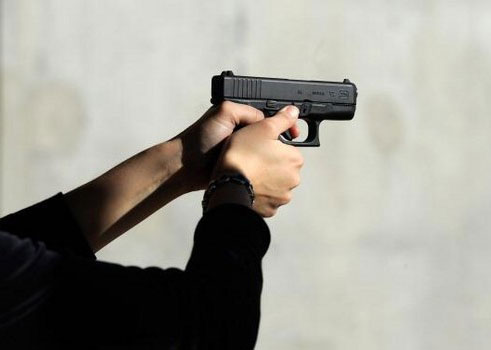 "A Robbery in a Bank” is one of the outstanding stories of the first biannual Short Story Contest 2016 written by Pachipala Aishwarya, Sengkong, Singapore.

A Robbery in a Bank

It was around noon. The new bank in Singapore had just opened. There was quite a big rush. Some people came to deposit money while others came to withdraw money. Both the bank officials and the customers were so busy that no one noticed that a man who was smartly dressed and wore dark glasses had entered the bank.

The man took out a firearm. A woman screamed her head off at the sight of the pistol. I froze. My throat constricted. I could hear my blood pounding in my eardrums as the man threatened me by pointing a gun at me. After that he forced the clerks to hand over all the money that they had. The man still was not satisfied with what he had got so he ordered one of the clerks to open the strong room. A wave of fear washed over the clerk’s face. He followed exactly what the man said. The manager of the bank saw the opportunity for the man to steal money from the bank. He pressed the alarm. The man’s eyes winked in shock and he quickly stashed a wad of notes into his bag. He ran out of the bank through the nearest exit and got into a car which was parked outside the bank.

The moment he saw the police officers chasing him like a group of Olympic athletes he started to drive his car as fast as he could. But it was too late: In no time the police officers caught him red-handed. Immediately they hand-cuffed the man and he was brought to jail. The man was sent to prison for punishment for several years. Once he was out of the prison he promised to never ever make this mistake in his entire life.