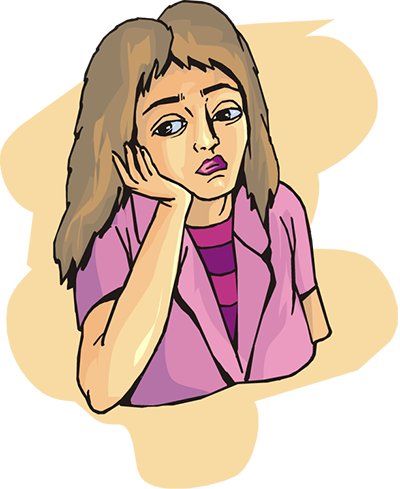 "A Rainbow in the Gray Skies” is one of the outstanding stories of the first biannual Short Story Contest 2016 written by Sana Hafsa, UAE.

A Rainbow in the Gray Skies

Life wasn’t fair. Cassandra didn’t know what she had done to deserve such a fate.

From the very beginning, she had always been a good person, trying not to commit any sins, only little white lies about why she was late to class or hadn’t submitted her project. Cassandra had never wronged the world. She - hopefully - never disappointed her parents, teachers, or elders. During university, she studied, wrote exams and finally ended up being a teacher; even though all her life, she had wanted to be an architect.

Cassandra had never been happy, but she couldn’t say that she was sad either. She gave to charity whenever she could and volunteered at countless animal shelters. Always believing that there was plenty of time to do everything she wanted to do in life. Cassandra always told herself; “I can do it next year, nothing to worry about, I still have time.”

Then life became chemotherapy, radiotherapy, more chemotherapy and more radiotherapy. Hours of this all seemed to blur past her. Who knew that this is what would end up being the obstacle in her life. Nevertheless, Cassandra had cancer. Her doctor told her that she could die in 5 years or tomorrow, it was impossible to be sure.

The day she found out about her disease, she headed to the local park – her safe haven – and laid down on the soft bed of grass with only one thought running through her head, ‘Why me’?

Cassandra didn’t know how long she lain in that spot, all she knew was that the sun was starting to set. As she gazed at the ceaseless sky, she saw a flock of beautiful white doves soaring through the sky and never in her life had she ever been so full of envy. Doves were free to go anywhere, do anything, and never having to worry about making their parents proud or having to work just so they could get money to fulfil their hearts desires. At that moment, Cassandra had never wanted to be anything as badly as she wanted to become one of them. Rage and jealousy started surging through her veins and before she knew it, her sight turned blindingly white and she suddenly shut her eyes.

When Cassandra opened them again, her vision returned and her desire had come true! She had magnificent wings and a sharp beak. Cassandra was one of them - liberated from her human shell. She felt like she had been a caterpillar this entire time and had finally burst from her cocoon into her true form. Cassandra could see everything, from the ants scurrying into their holes all the way to the flame in the hand of the Statue of Liberty.

Time slipped through her feathers, she flew everywhere she could with an amazing feeling of immortality. Cassandra had almost forgotten that she used to be a human. After all, it had been years since then hadn’t it? She was so ecstatic that she didn’t even want to question its reality. As her years as a dove flew by, she learnt that life wouldn’t be beautiful without any difficulties. She understood this while she was flying over Kanchenjunga – the hardest mountain climb in the world – and there was a human climbing up; he slipped plenty of times and there were numerous times when it looked like he would plummet to his death; there was even a time when he narrowly escaped a deadly avalanche. Still, when he reached the peak, Cassandra knew that he wouldn’t have traded it for anything: that all those risks were completely worth the way he felt at that moment.

As soon as she understood this, her vision started fading and Cassandra felt like she was falling. Before even opening her eyes, Cassandra knew that she was human again and it looked as if her eyes had only been shut for a few seconds. The doves in the sky were flying, this time without her. That ‘life’ as a bird had only existed in Cassandra’s imagination.

Tears started to form in her eyes, but then she realized that they weren’t tears of sadness, instead they were tears of joy; happy to be awoken from this beautiful dream. Whether any part of it had been real or not didn’t matter, Cassandra learnt that although she might die at any moment, she couldn’t lie here feeling sorry for herself! She needs to go explore the world, complete that list of things she wanted to do before she dies. After all, there’s no time like now. Life can’t be fully enjoyed without a few difficulties along the way, and although mine is a slightly larger difficulty than most, it is still just another obstacle in my journey.

Cassandra now thinks of her cancer as an awakening call, telling her that though she is alive, she wasn’t truly living! Cassandra still doesn’t know when her day will come, the only thing she does know is that she will take every opportunity she can to make sure she never dies living in regret…