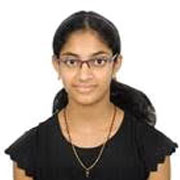 “A Magical Christmas” by Evangeline Jose, is the Highly Commended story in the junior category of the first biannual Short Story Contest 2016.

Christmas times were often the unhappiest times at David’s home. All the other houses down the street had big Christmas trees put up in their houses, stockings hung by their chimneys and the largest feasts of plum puddings and turkeys on their tables, all houses that is, except David’s.

You see, David’s family was very poor and had little money to spare even for their daily bread let alone for special meals during Christmas time. David often had dreams, dreams of him living in a wealthy house with his parents and having turkey and plum pudding every day and sleeping in the comfiest beds with a crackling fire beside him. Ah, wouldn’t that have been wonderful, but David knew that those were just dreams which he didn’t think would ever come true.

Now, David’s father who had been working hard during the Christmas time so as to earn a little more money from the factory he worked in, had been trying to save up for a present for David. But as the days passed over, he found out that he would just have enough money to buy the present, but alas, if he did then he wouldn’t have any money to buy a special dinner of bread and a tiny turkey for Christmas. David’s father was torn between the two choices, however, at the end he decided to get David the present because he loved his son more than the food.

At last Christmas Eve came and David’s father knew they would have to go without any food for the night. He was very sad as he walked home after a long day’s work. David was waiting for him as he got home. He flung himself at his father, “So dad, have you brought anything special?” he asked.

Pulling out a brightly wrapped box from his bag, he gave it to the astonished David. David’s eyes glistened with tears as he took the gift from him. “Oh dad, you shouldn’t have!” he whispered, “Is it really true?” he asked softly as he caressed the box and hugged it lovingly.

“Of course it is, son,” his father replied hugging him.

Now, his mother who had been watching all this with tears in her eyes, quietly took the bag from her husband and went into the house. However, she came back outside a moment later with bewilderment writ large in her eyes. “Th…then, h..h…how d….did you b…buy all th….this f…food?” she asked.

“What do you mean?” now it was David’s father’s turn to be confused.

Snatching the bag away from her, he took a good look at the contents of the bag and exclaimed, “Oh my, what’s this? I never had any food when I came here because I didn’t have money to buy any!”

Now, David, who had been listening to all this suddenly cried out, “It must be magic! The magic of the Christmas spirit!”

His parents still looked bewildered but since they saw no one out on the road in the dark night, they had no choice but to believe that it must have been the magic of the Christmas spirit and so, for the first time, David’s family sat down to a proper Christmas dinner with a fat turkey, gravy and a plump plum pudding. Oh! Wasn’t it heaven!

Afterwards, David opened his present, can you guess what he got? It was a pair of roller skates, something he had wished for more than a million times! “Thank you, thank you, and thank you a million times, dad!” he cried excitedly and looking at the night sky he whispered, “Thank you too, Christmas magic!” and turning to his parents, he said, “This has been the best Christmas ever, thank you for making it special because both of you mean a lot to me.”

His parents suddenly found that they couldn’t speak because they both had lumps in their throats. They hugged him tightly and said, “We love you too, a lot.” And looking at the night sky they stood together, each of them saying a silent prayer and thanking the magic of the Christmas spirit silently.