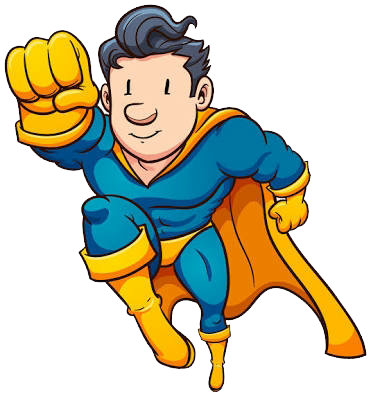 “Wishful Thinking” is one of the outstanding stories of the second biannual International Short Story Contest 2017 written by Neelkantha Mukherjee, UK.

Finally, Superman walked in. “You’re late! Couldn’t you just ‘up, up and away’ to get here on time?” demanded Wonderwoman. “Cut the guy some slack,” defended Batman, “he’s never late, something serious must have come up, or got trapped, or blown up!” As Superman sat down next to Zorro, he almost missed the fist-bump from his compadre. “Sorry all and thanks B, but you’re right. I have a lot on my mind today. I was beginning to feel optimistic when we last met a month ago, but now…” His voice trailed off like a seabound albatross. “Good to see you all, though.”

Every month, they meet, without fail, to see each other, discuss the status and progress in affairs of the world and devise action plans for the emergencies that arise anywhere and everywhere on planet Earth. “I have grave concerns and my mind is not at ease. This world we are sworn to nurture and protect and our duty to see that justice is served are both in grave peril.”

“Now, now, don’t be so down in the dumps, there must be solutions,” piped up Spiderman. “I am really quite impressed with the current auto industry. I am optimistic that solar, electric and renewable energy powered cars will drive out gas guzzlers. Imagine how ‘green’ things will become and how low our carbon footprint will be. The industrial sector, I am sure, will be following suit.”

Ironman agreed and added, “I have been following the power industry technologies and I do think the wind turbines offshore and in flat plains, geothermal power from heat vents and solar power plants particularly in Arizona, the Sahara and Gobi will soon be able to light up this lovely blue planet like a Christmas tree without further depletion and destruction of Earth’s already dwindling fossil fuel resources”.

“Hear, hear”, praised everyone, thumping the large round table with great gusto.

“As you know, I have connections in high up places,” chimed Lady Penelope, “and I’ve learnt that there is an earnest change in attitudes towards refugees worldwide. They will be treated with utmost humanity and regarded as honorary citizens. The bigwigs are realizing that it is not the fault of the refugees that they are displaced and that it is a crime against all humanity to ignore the problem and ill-treat the victims.”

“How fantastic! In a similar vein, I think there is also a strong movement in the upper echelons to finally accept equality among people in the workplace, home and in fact everywhere. They must be so embarrassed, that it’s taken so long to see what’s black and white, (no pun intended!) what’s fair and just.” chuckled Wonderwoman. A general jocular mood matched the beaming sun outside the secret meeting room window.

“And, and,” Captain America waited for everyone to simmer down, “the long-awaited nuclear arms treaty will be signed soon! All of the radioactive stockpile will be used for nuclear energy power plants.” He looked at Ironman who nodded happily in agreement. “Moreover, all weapons will be defused and recycled. Some will be used for art and sculpture which will serve as a heavy reminder of a sad past. There will be a worldwide disarmament treaty signed at 10 AM, on the 10th of October. There will be only one war, against the poachers, to preserve our wild.” ended Captain America amidst a flurry of applause.

The Incredible Hulk stopped playing with his fidget spinner and with uncharacteristic calm observed, “We will all then just have to keep keeping the criminals cool. Also, I am sure that if we divide the task amongst us we will be able to bop, grab and sweetly convince those leaders of state who choose to stay crazy and pound some sense, sensibility and humanity into them… if necessary of course. So, there you have it Supey.”

“Supers!…..Supey!…Hey Dude-man!…..It’s getting late and we’ve got to start the meeting”.

Everyone looked at the alien from Krypton. Superman had been gazing out of the large window as ugly grey clouds gathered ominously like troops threatening the radiance of the peaceful blue sky. He drew a long breath, turned to look at the team and smiled. They all knew that the meeting they all wished for was not going to happen today but at least there was still time and hope for it to become a reality someday.